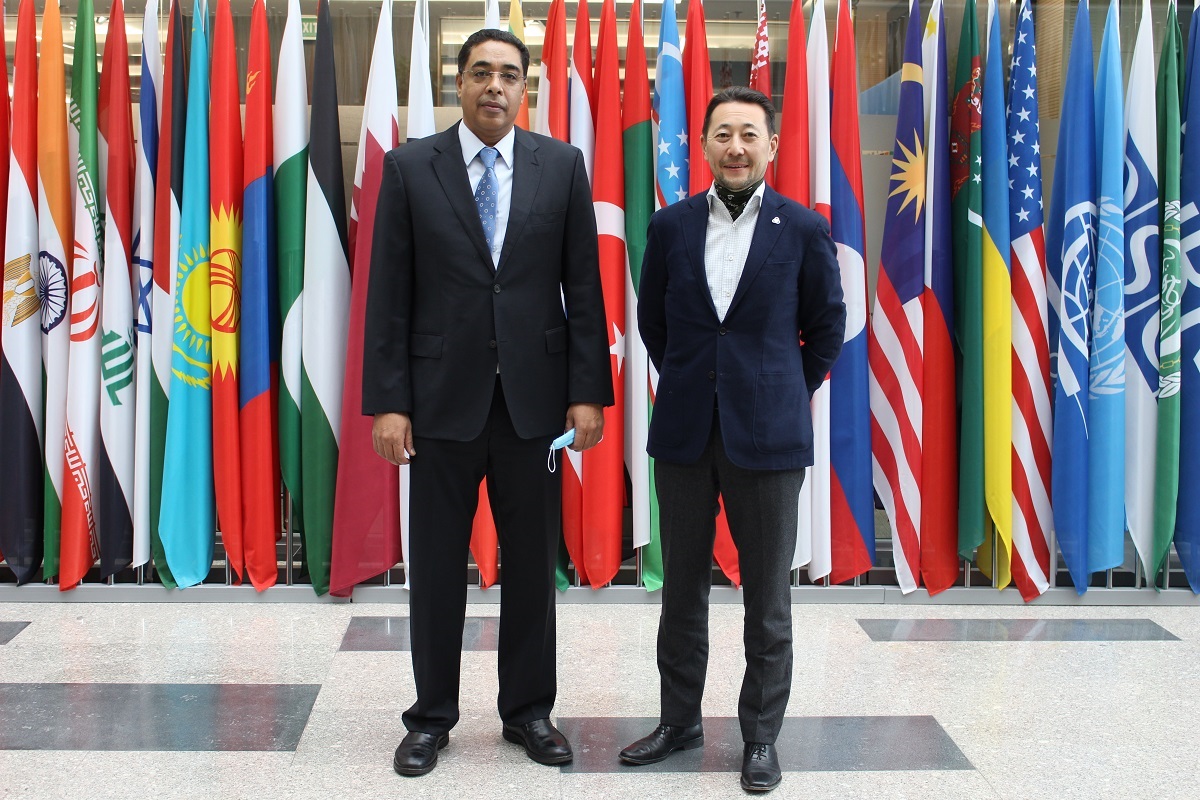 On January 26 at the CICA Headquarters Executive Director of the CICA Secretariat H.E. Kairat Sarybay received the Ambassador Extraordinary and Plenipotentiary of the State of Kuwait to the Republic of Kazakhstan H.E. Tareq Abdullah Al-Faraj.

At the meeting, the sides discussed prospects for Kuwait's accession to CICA as a full-fledged member. Ambassador Sarybay informed the head of the Kuwaiti diplomatic mission about the procedure for agreeing and accepting new members to the CICA family, and expressed his readiness to provide the necessary advisory support.

Ambassador Al-Faraj stressed that Kuwait considered joining CICA as one of the key foreign policy objectives for 2022 and hoped for a positive solution to that issue in the near future.

In 2022, CICA celebrates its 30th Anniversary. In autumn, the Sixth CICA Summit will be held in Nur-Sultan. If Kuwait joins the Conference, it will become the 28th CICA Member State.