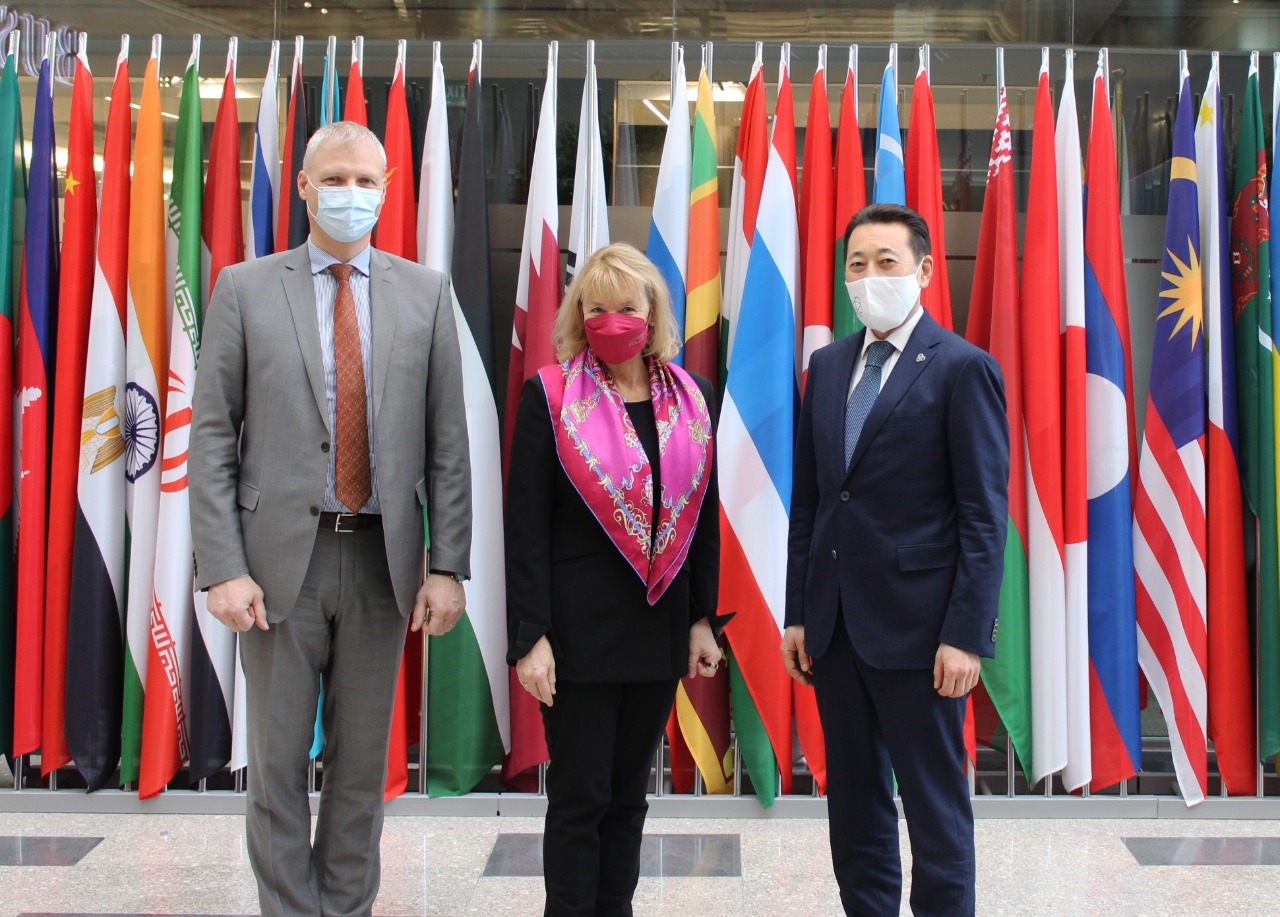 At the headquarters of the CICA Secretariat, the Executive Director Ambassador Kairat Sarybay met with the Special Representative of the European Union for Central Asia Terhi Hakala, who is on a trip to the region, on 4 February 2022.

During the meeting, a wide-ranging exchange of views took place on the role of Asia in the contemporary architecture of international relations. The strategic importance of Central Asia, which is a key region for CICA, was especially noted. It was emphasized that CICA platform provides excellent opportunities for a wide range of countries to discuss and build practical steps for the implementation of long-term projects, primarily by enhancing connectivity of the region.

Kairat Sarybay outlined the current tasks before CICA and plans for the Anniversary year. The main event of the 30th Anniversary of the Conference will be the 6th CICA Summit, which will be held in October 2022 in Nur-Sultan.