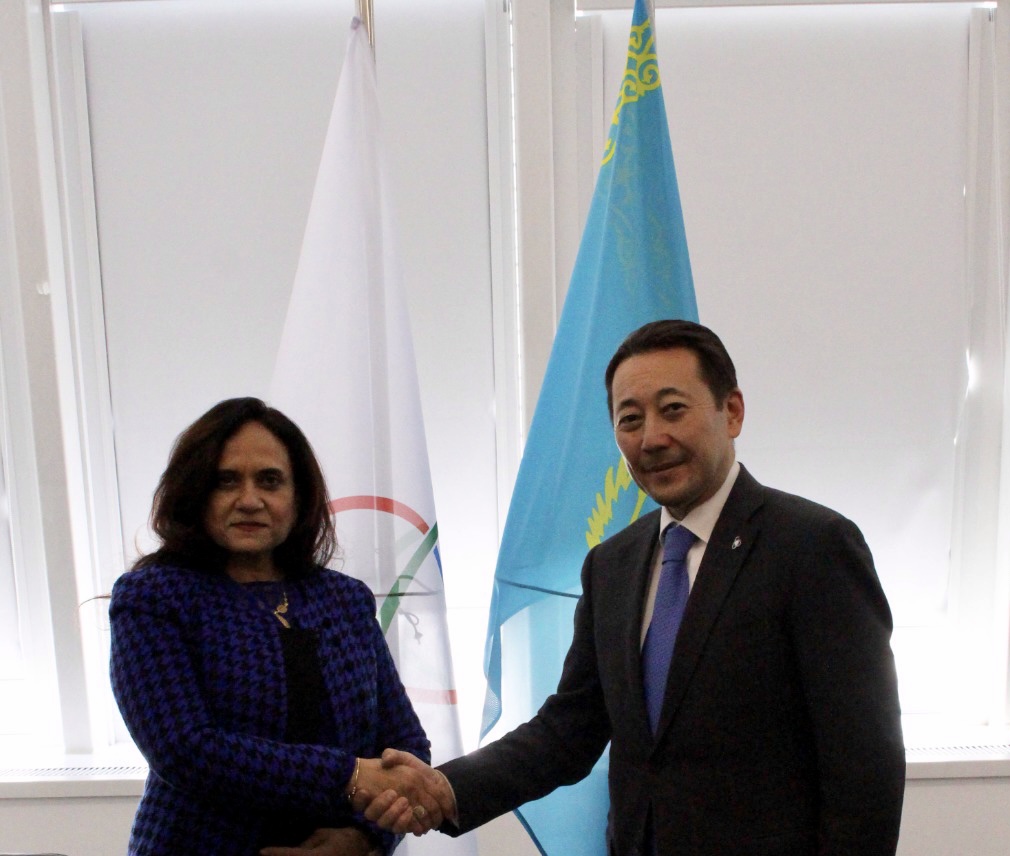 The CICA Executive Director Ambassador Kairat Sarybay received the Ambassador of the Arab Republic of Egypt to the Republic of Kazakhstan, H.E. Mrs Manal Yehia El Shinnawi, at the Secretariat, on 18 March 2022.

During the meeting, Ambassador Sarybay highlighted on various aspects of activities, that CICA Secretariat has been undertaking according to the updated CICA Catalogue of Confidence Building Measures. He elaborated the process of transformation of CICA into a full-fledged international organization. He also underscored the need for setting up of CICA Fund for the benefit of CICA Member States. Ambassador Sarybay briefed about the activities planned for the celebration of 30th Anniversary year of the CICA. He informed the Egyptian Ambassador about the upcoming meeting of the Senior Officials Committee and Sixth CICA Summit. Both also discussed the preparatory activities to be organized on the eve of Sixth CICA Summit.

Egyptian Ambassador appreciated the efforts of the Secretariat and assured full support for the strengthening of the CICA.

Both recognized the close cooperation between CICA and the Arab Republic of Egypt and agreed to further enhance the cooperation, particularly in the areas of connectivity and tourism.