At the initiative of the Kazakh Chairmanship, the meeting of the Senior Officials Committee (SOC) of the Conference on Interaction and Confidence Building Measures in Asia (CICA) was held in a hybrid format on 30 March 2022 in Nur-Sultan. The meeting was chaired by the First Deputy Minister of Foreign Affairs of the Republic of Kazakhstan Shakhrat Nuryshev.

The SOC held a thematic discussion on the concept of transformation of CICA into an international organization for regional security and cooperation in Asia. The initiative to transform the CICA forum, currently uniting 27 Asian nations, into a full-fledged international organization is the strategic goal of the Kazakh Chairmanship. It is aimed at strengthening the global role of Asia and raising cooperation among CICA Member States to a new level through further institutionalization of the CICA platform. In 2021 the Chairmanship developed initial conceptual approaches to transformation reflecting its vision of the reasons, goals and objectives of the proposed transformation process, which were discussed and broadly supported by CICA Member States.

On this basis, the Chairmanship has produced a comprehensive and action-oriented concept of transformation, which was the main subject of discussion at this SOC meeting. The concept envisages the launch of the transformation process at the Sixth CICA Summit to be held in Nur-Sultan in 2022 – the 30th anniversary year of CICA. Presenting the Chairmanship’s concept, the First Deputy Minister of Foreign Affairs Shakhrat Nuryshev emphasized that ongoing unprecedented developments in the global security system yet again demonstrate that the principle of multilateralism is indispensable for maintaining international peace and security. And in that context, the CICA forum becomes as relevant as never before.

Mr. Nuryshev underlined comparative advantages of CICA, such as its broad membership and comprehensive agenda. Another important added value of CICA is its capacity to promote connectivity across the Asian continent, including through strengthening economic, technological, human, cultural and other links between Asian nations and beyond. “The main objective of CICA is building consensus-based multilateral approaches to peace and security”, - stressed Mr. Nuryshev and stated that: “CICA provides a unique multilateral platform for pan-Asian dialogue”.

In view of the Kazakh CICA Chairmanship, expression of the political will at the level of Heads of State or Government to start gradual transformation of the forum would give new impetus to the CICA process. The proposed transformation process would be based on gradual and consistent approach, while preserving all earlier agreed fundamental principles and objectives of CICA.

During the in-depth and lively discussion at the SOC, general support was expressed to proposals of the Chairmanship on transformation and to the launch of the gradual transformation process at the forthcoming Sixth CICA Summit on 12-13 October 2022. The participants exchanged views and ideas and made valuable proposals on further institutional development of CICA. The most broadly shared opinion was that transformation of CICA into a full-fledged organization is needed for enhancing the efficiency of the forum. It was also noted at the SOC that CICA has already acquired all the necessary attributes of an international organization, de-facto functions as such, and is therefore ready for smooth upgrade. The SOC will continue discussing transformation.

The SOC was informed by the Chair about current preparations to the upcoming Summit and other issues on CICA agenda, such as ongoing work on establishing a CICA Fund - an additional voluntary funding mechanism to support implementation of CICA activities. An Experts Meeting will be convened in April 2022 to develop regulations of the Fund and discuss issues related to its functions, powers, financial resources, organization and operations.

The SOC Chair also updated the meeting on the ongoing process of forming the CICA Council of Eminent Persons. This new CICA institution was established by the Sixth CICA Ministerial Meeting in October 2021. Thereafter, the candidature of the Founder of CICA - First President of Kazakhstan Nursultan Nazarbayev was approved by all Member States as Head of the Council.

The CICA Executive Director, Ambassador Kairat Sarybay, briefed the SOC on current CICA activities, including on the status of developing and updating concept papers on implementation of CICA confidence building measures (CBMs) and related action plans. In light of the latest update of the CICA Catalogue of CBMs by the Ministerial Meeting in October 2021 and addition of new areas of cooperation, the Head of the Secretariat underscored the importance of practical implementation of CBMs - CICA’s core activity, in accordance with most up to date concepts and action plans.

Ambassador Kairat Sarybay also briefed about a wide range of Secretariat activities and events to mark the 30th anniversary of CICA in 2022, and presented the annual financial report for 2021.

The Senior Officials Committee is the basic decision-making body of CICA for implementation of agreements and decisions of the Summit and the Ministerial Meeting. It consists of representatives of Member States and regularly holds its meetings. Its main responsibilities include taking decisions on key issues concerning development of interaction within CICA, as well as administrative and financial issues of the Secretariat’s activities and all issues submitteod to it by the Special Working Group. 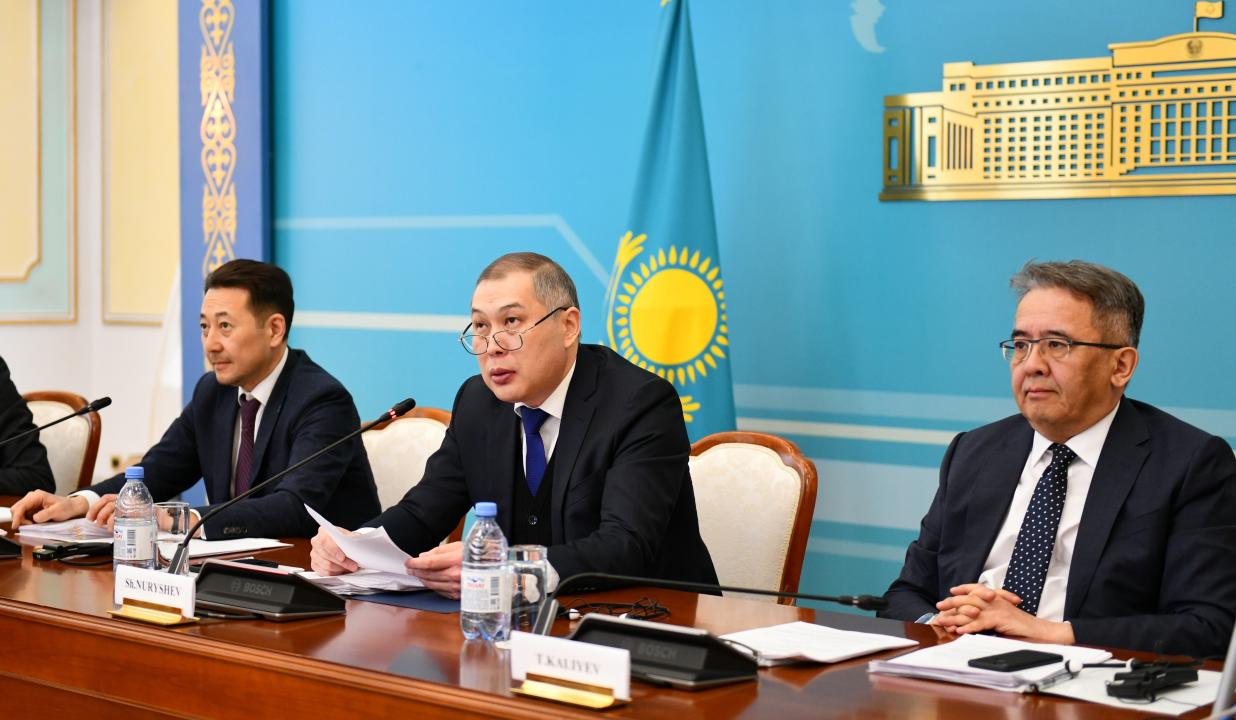