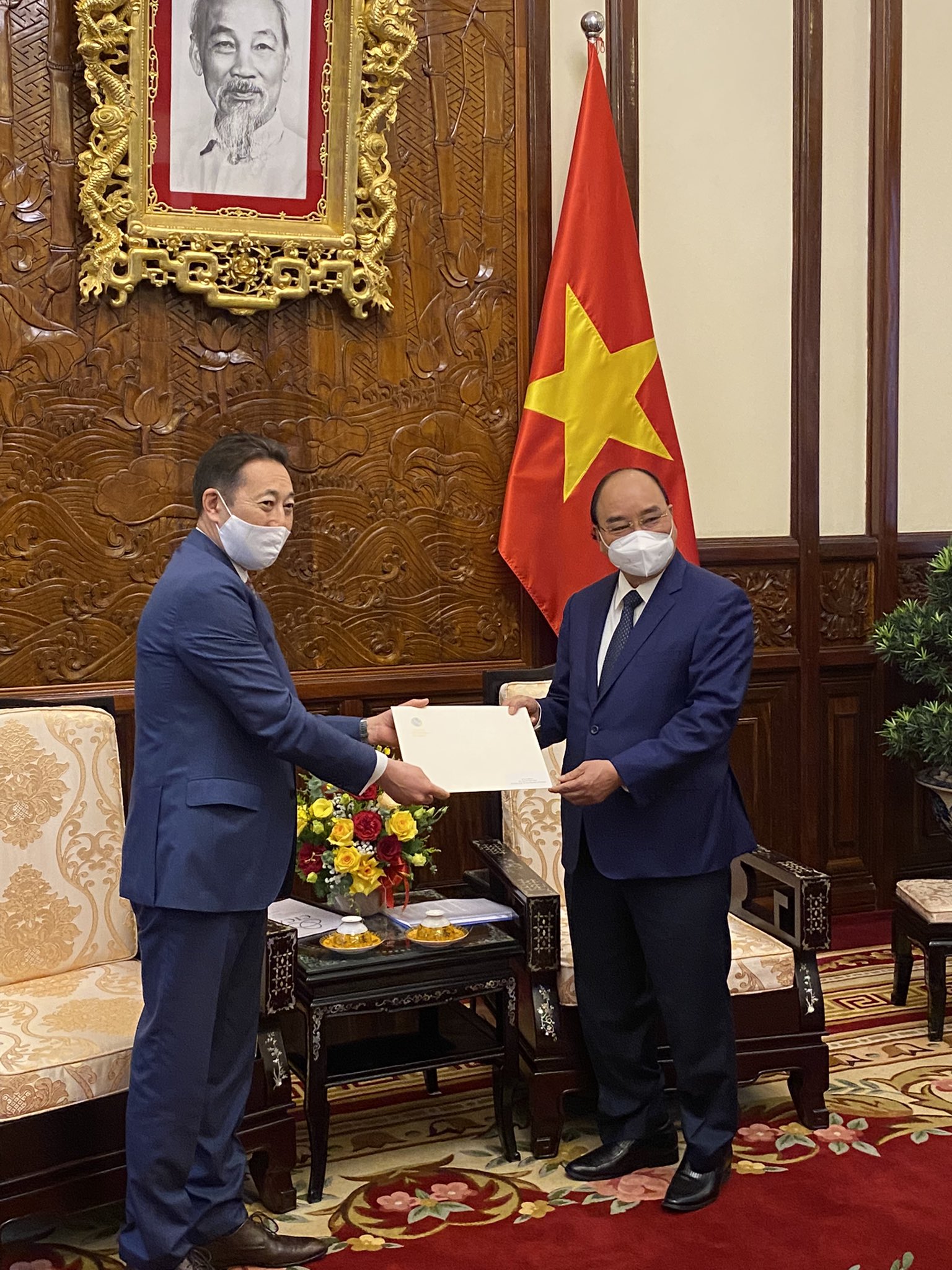 CICA Executive Director Ambassador Kairat Sarybay visited Hanoi, where he was received by President of the Socialist Republic of Vietnam Nguyen Xuan Phuc, held relevant consultations at the Ministry of Foreign Affairs of Vietnam, as well as delivered a lecture at the Diplomatic Academy of Vietnam on 6-8 April.

At the meeting with the head of state, Ambassador Sarybay handed over the original invitation of President of the Republic of Kazakhstan Kassym-Jomart Tokayev to the Sixth CICA Summit scheduled for 12-13 October in Nur-Sultan. President Nguyen Xuan Phuc asked to convey his gratitude to President Tokayev, describing the upcoming meeting of the heads of state as one of the most important events of multilateral diplomacy this year, and confirmed the participation of the Vietnamese leadership in the Summit. The officials exchanged views on a number of pressing issues of security, cooperation and development in the CICA area. The President of Vietnam underlined that CICA has been unwaveringly committed to the principles of the UN Charter and has become mature and efficient enough over its 30-year history.

The consultations at the Vietnamese Foreign Ministry were held in a constructive manner. The sides discussed the full range of issues and objectives facing CICA at the moment. Particular emphasis was placed on the substantive preparations for the Sixth CICA Summit and its outcomes. Vietnamese counterparts reiterated their support for the Kazakh Chairmanship’s initiative to launch the transformation of the Conference into a full-fledged international organization and expressed their willingness to participate actively in developing the modalities of this process.

When addressing the students and faculty of the Diplomatic Academy of Vietnam, Ambassador Sarybay spoke about the 30-year history of CICA, achievements in realization of the priorities of the Kazakh Chairmanship, and shared the future tasks before the Conference. The Executive Director emphasized the crucial importance of interaction among the academic, scientific, and research communities within the so-called “Track Two” to elaborate new ideas and innovative solutions to the challenges facing the CICA Member States. During the meeting, the leadership of the Diplomatic Academy was invited to consider joining the CICA Think Tank Forum, which was granted the status of a permanent advisory body of CICA in 2021. Academy Vice President Nguyen Hung Son welcomed the idea and expressed particular interest in its implementation.

The visit of the CICA Secretariat delegation has become another contribution to preparation of the substantive content of the upcoming Sixth CICA Summit, and will also give impetus to the further participation of Vietnam in the CICA platform.