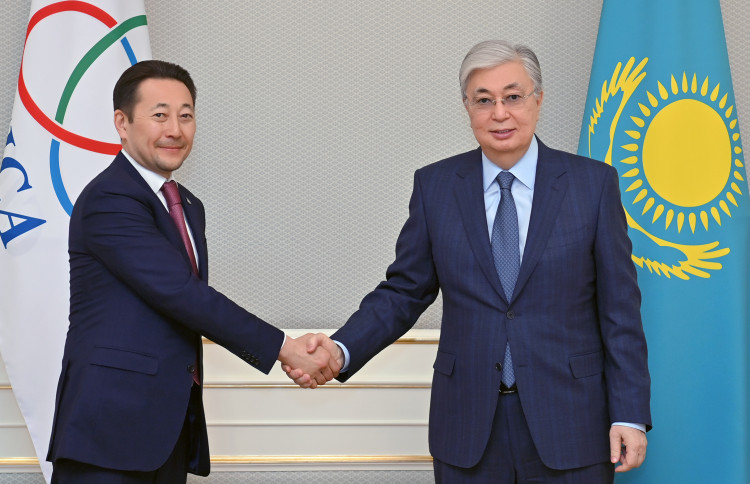 President of Kazakhstan Kassym-Jomart Tokayev received Executive Director of the CICA Secretariat Ambassador Kairat Sarybay on 14 April 2022. The Ambassador informed the Head of State of the work carried out within the Conference on Interaction and Confidence Building Measures in Asia (CICA), as well as of the preparations for the Sixth CICA Summit to be held in Nur-Sultan on 12-13 October 2022.

The meeting highlighted the implementation of the Kazakh Chairmanship’s strategic goal of transforming CICA into a full-fledged international organization. The Executive Director outlined the outcomes of the meeting of the CICA Senior Officials Committee held on 30 March 2022, during which the Member States expressed their general support for the proposals of the Kazakh Chairmanship and the launch of the gradual transformation process at the Sixth CICA Summit.

The Head of the Secretariat also informed of his consultations with the foreign ministers of the Member States prior to the CICA Summit and the work on its qualitative content. He drew attention to the work being done to determine the composition of the newly formed advisory body of the CICA - the Council of Eminent Persons, as well as to establish cooperation with other international and regional organizations.

Kairat Sarybay informed of forthcoming events, including the Fifth Session of the CICA Business Council, the Business Forum and the Meeting of the CICA Youth Council, as well as of the implementation of a number of projects to celebrate the 30th anniversary of CICA.

The President of Kazakhstan welcomed the progress in the implementation of the Chairmanship’s priorities and focused on the need to prepare for the upcoming high-level meeting while ensuring the quality of outcome documents of the summit.