Mongolia confirms its interest in incremental development of CICA 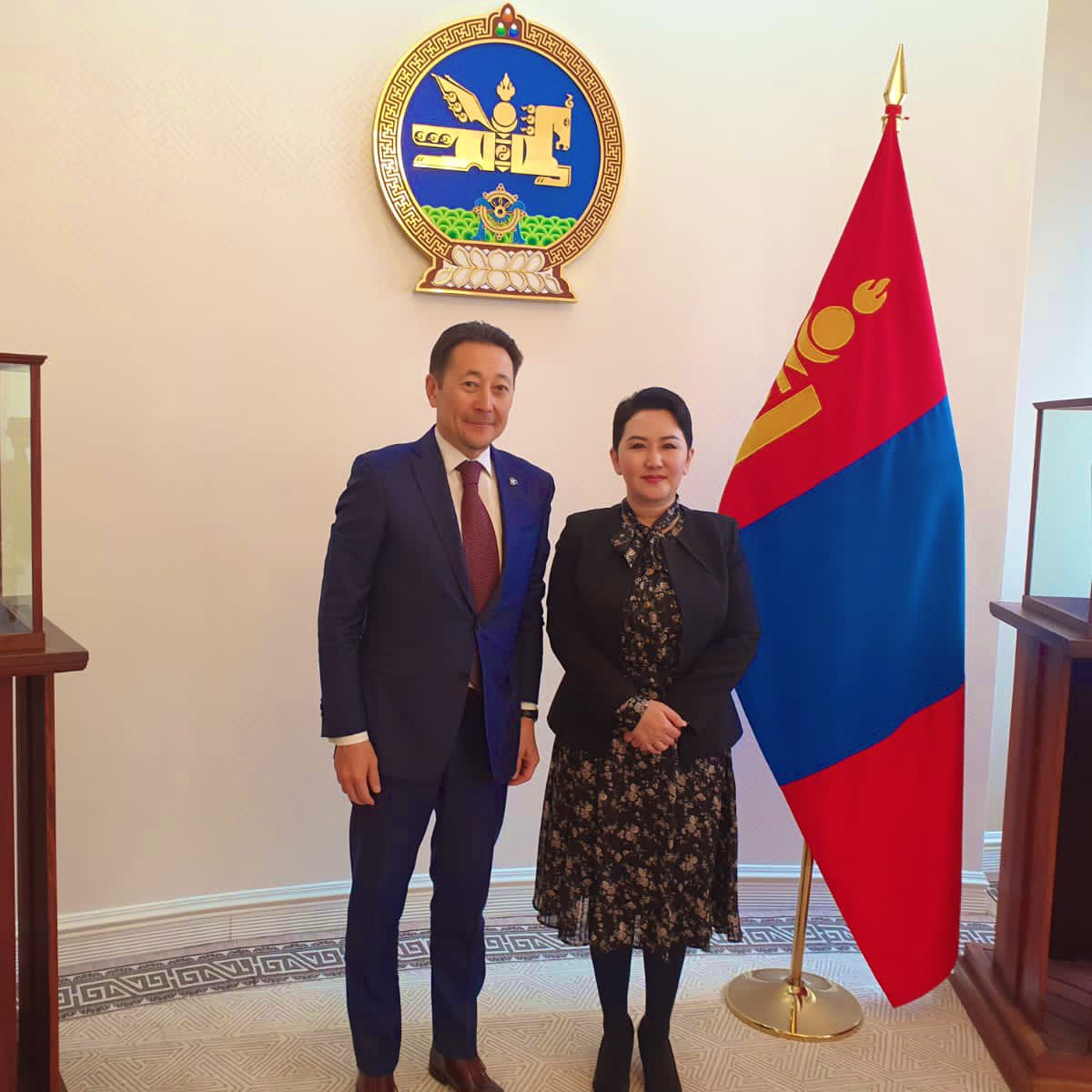 Minister of Foreign Affairs of Mongolia Ms. Battsetseg Batmunkh reaffirmed Mongolia's commitment to the principles and goals of CICA, as well as support for the initiatives of the Kazakh Chairmanship to transform the Conference into a full-fledged international organization, and expressed readiness to actively participate in the process. In turn, Ambassador Kairat Sarybay informed the Minister about preparations for the Sixth CICA Summit to be held on 12-13 October 2022 in Nur-Sultan. Kairat Sarybay noted the importance of the principles of multilateralism in the context of the evolving geopolitical situation in the world and emphasized the role of CICA as an effective mechanism for multilateral cooperation on the Asian continent. The head of the Secretariat paid special attention to the opportunities that CICA could provide to increase connectivity in the region with a number of landlocked developing countries. The Executive Director encouraged Mongolia to implement its potential in the priority area of environment protection coordinated by Ulaanbaatar.

During the consultations of Ambassador Kairat Sarybay in the Multilateral Cooperation Department of the Ministry of Foreign Affairs of Mongolia, the parties had a thorough discussion on the ways to step up cooperation on confidence building measures under all five dimensions of CICA, as well as through the advisory bodies of the Conference: Business Council, Youth Council, Think Tank Forum and Council of Eminent Persons. Environmental Dimension Expert Dr. Ugur Turan presented the Secretariat's vision on topical issues of the environmental dimension, including the introduction of advanced green technologies. The Mongolian colleagues expressed their readiness to study the topical issues within the framework of environmental cooperation and give the necessary impetus to the development of that priority area.

During a meaningful conversation with the candidate to the CICA Council of Eminent Persons from Mongolia – Director of the Diplomatic Academy of Mongolia Ambassador Khasbazaryn Bekhbat, the sides discussed the future substantive work of the new CICA advisory body and its membership.

In order to enhance environmental cooperation, Expert in the Environmental Dimension of the CICA Secretariat Dr. Ugur Turan held a meeting at the Climate Change Department of the Ministry of Environment and Tourism of Mongolia. The Ministry’s specialists confirmed their interest in developing an updated concept in the priority area of environment protection and in organizing appropriate events to implement CICA confidence building measures.

During the visit, Executive Director Kairat Sarybay delivered a lecture to students of the National University of Mongolia and experts of the Mongolian association of researchers, which included the 30-year history of the development of CICA, the priorities of the Kazakh Chairmanship, as well as the activities of the Conference planned for the near future. The Executive Director emphasized the importance of interaction between the academic and research communities in the search for joint solutions to the challenges facing the CICA Member States, urging Mongolia to join the CICA Think Tank Forum.

As part of the visit, Ambassador Kairat Sarybay was also introduced to the activities of the International Think Tank for Landlocked Developing Countries, which was established by the United Nations at the initiative of Mongolia in Ulaanbaatar in 2009. The parties agreed to identify areas for future cooperation in order to meet the special needs of landlocked countries, as well as to consider the possibility of implementing joint projects.

At the close of the visit, Ambassador Kairat Sarybay was interviewed by the Montsame news agency, where he presented the activities of CICA. 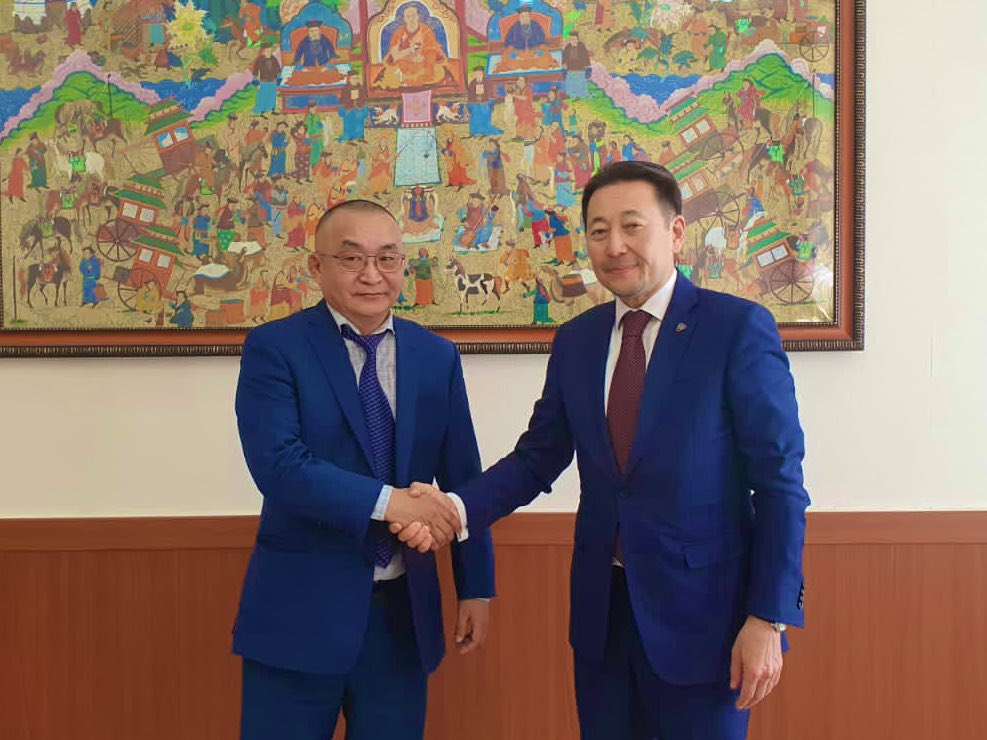 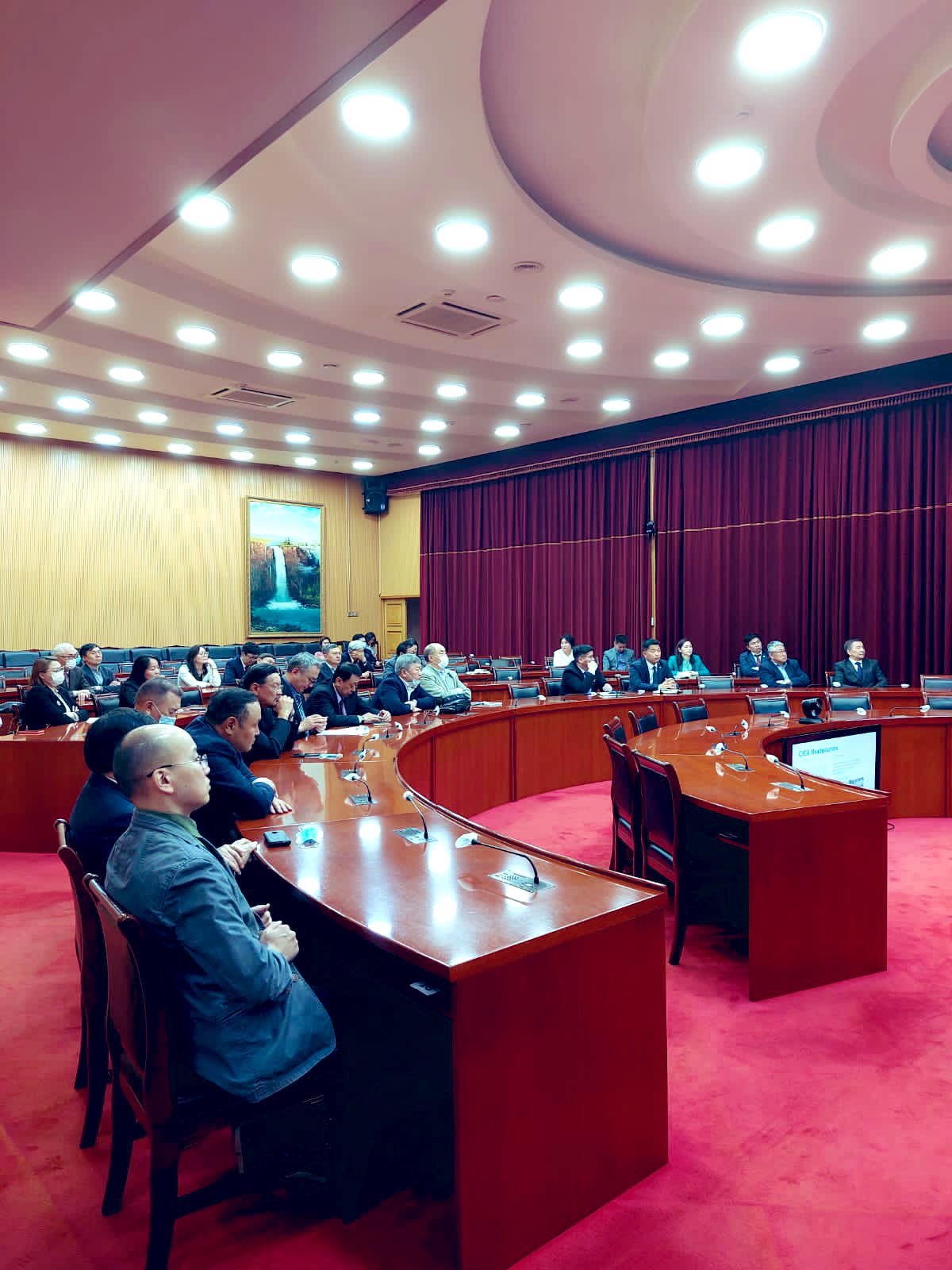 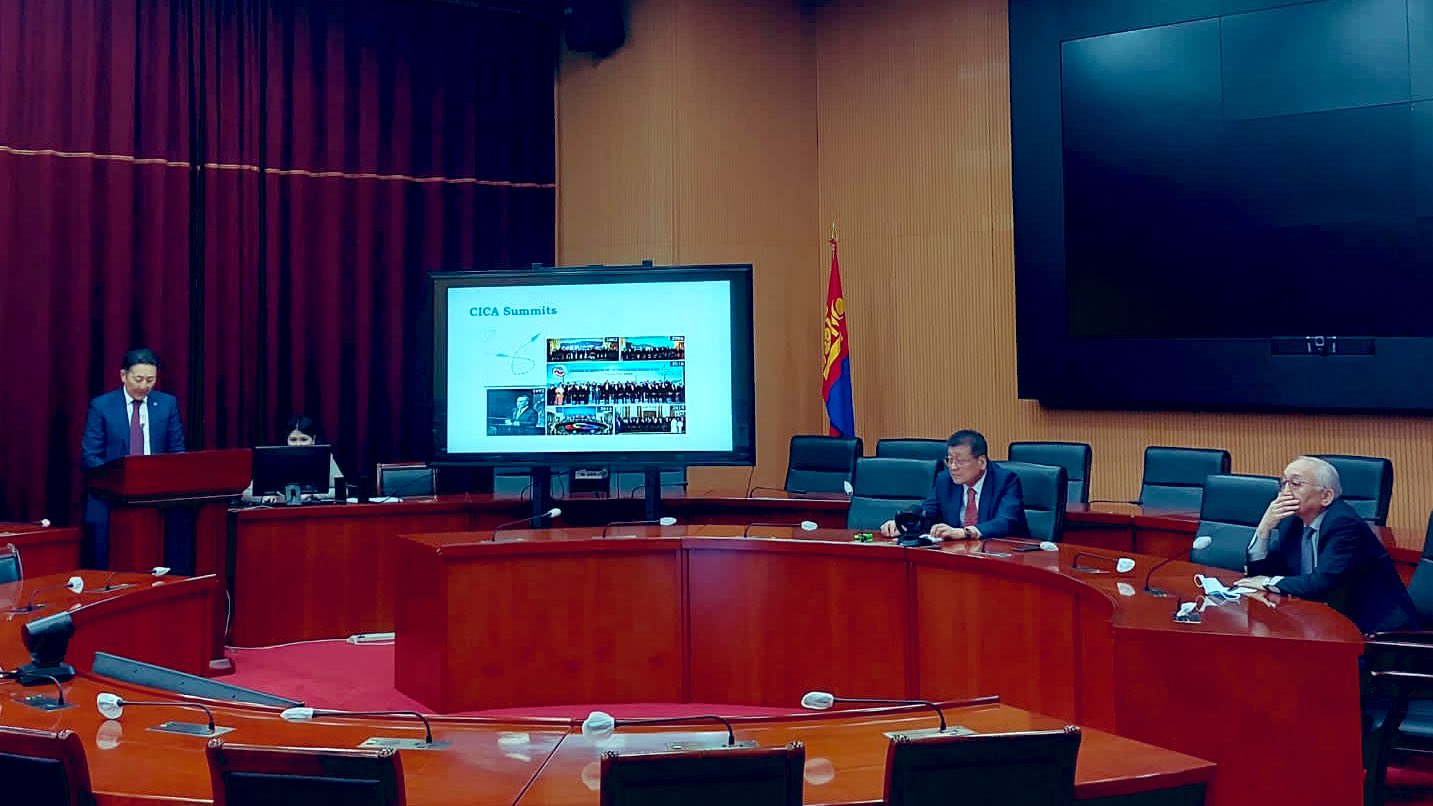 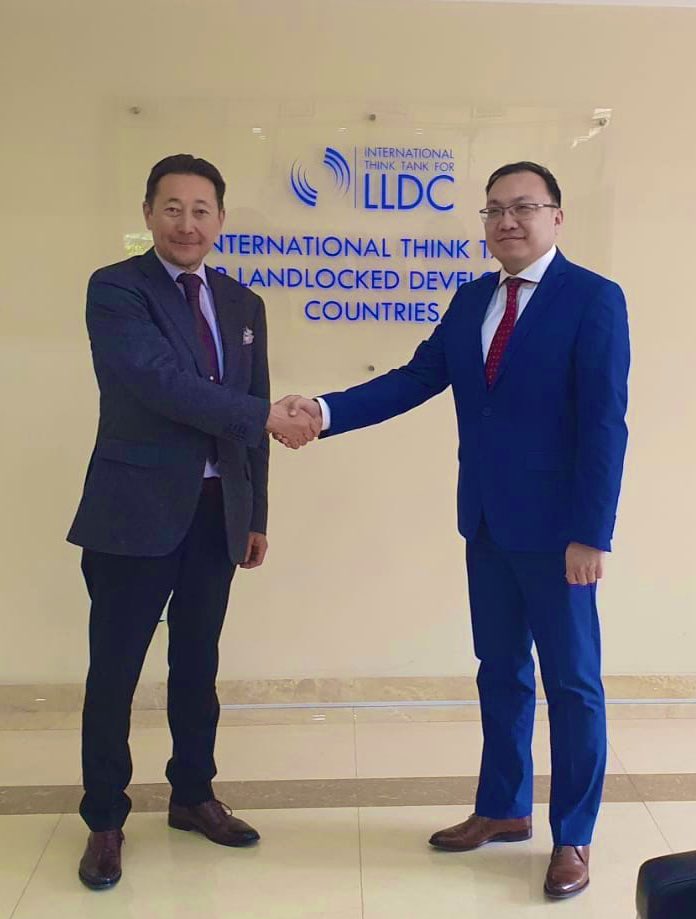 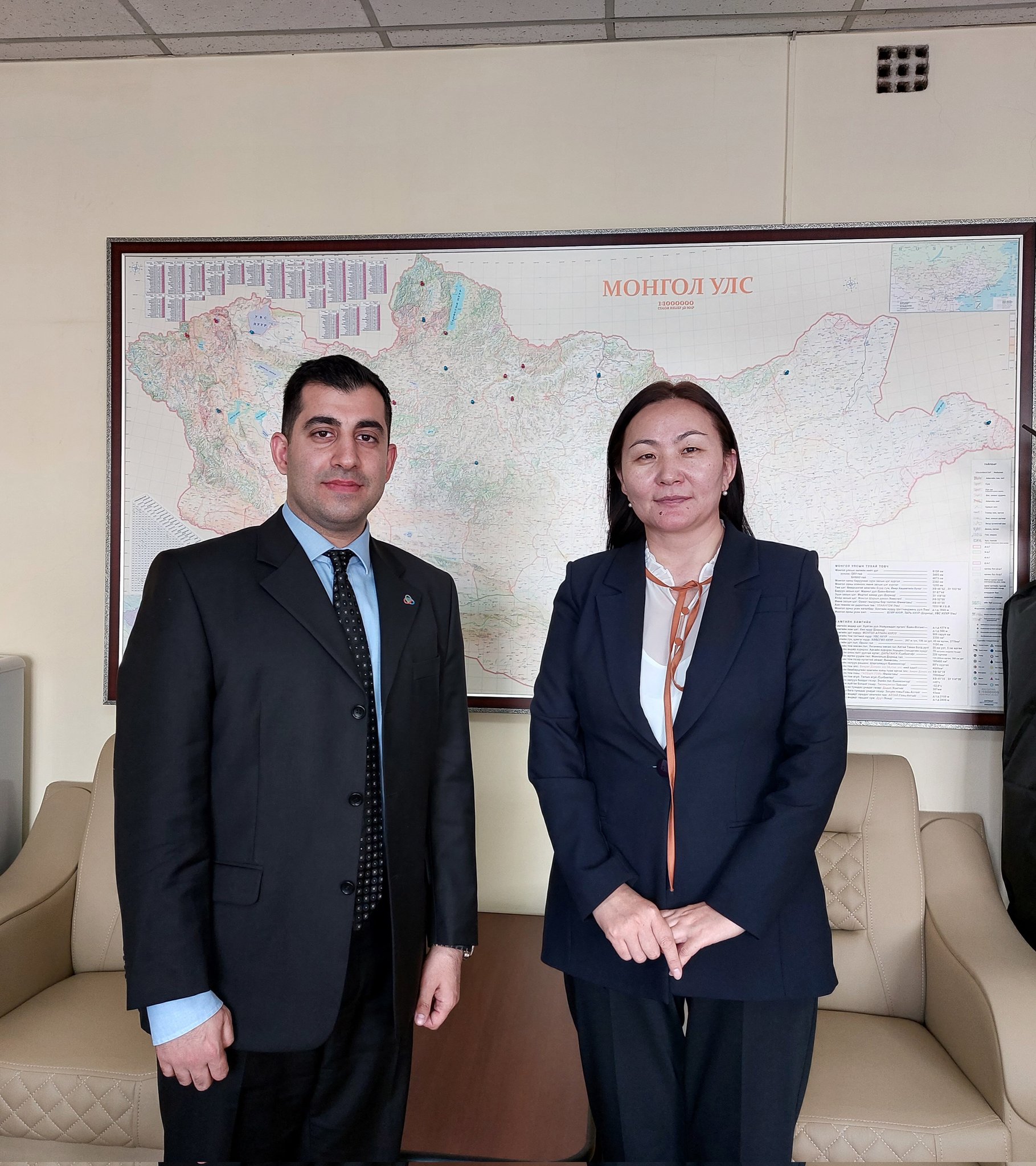