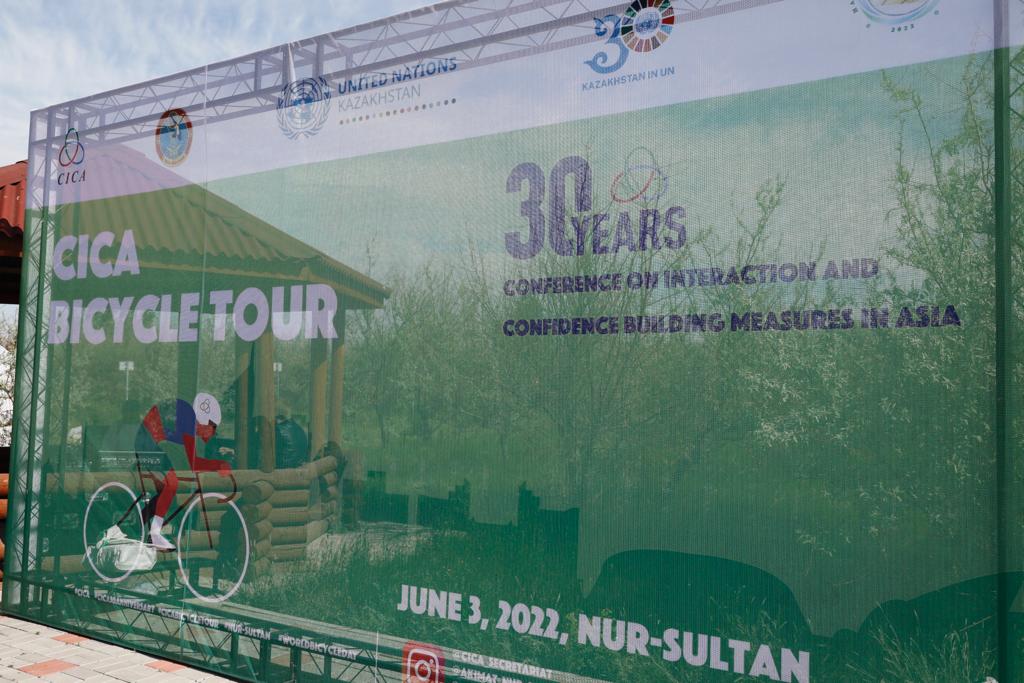 The year 2022 marks the 30th anniversary of the initiative of the Conference on Interaction and Confidence Building Measures in Asia (CICA) and 30th anniversary of Kazakhstan’s membership in the United Nations. The CICA has been providing a valuable platform for dialogue and cooperation for its Member States. In conjunction with the celebration of this milestone date, the CICA Secretariat hosted the 30-kilometers-long Bicycle Tour on the World Bicycle Day.

The tour has been organized in partnership with the Akimat of Nur-Sultan, the UN Resident Coordinator Office in Kazakhstan and the Embassy of Turkmenistan in Nur-Sultan. The event brought together ambassadors and representatives of diplomatic missions and international organizations, accredited in Nur-Sultan, as well as cycling enthusiasts.

In his welcoming remarks on behalf of the CICA Chairmanship, First Deputy Minister of Foreign Affairs of the Republic of Kazakhstan Mr. Akan Rakhmetullin noted that aims of this bicycle tour are twofold: to increase public awareness of bicycle use for contributing to sustainable development and to mark an important milestone of CICA – its 30th anniversary.

The First Deputy Minister of Foreign Affairs underscored the achievements of CICA as the largest and most representative regional forum in Asia with the most comprehensive agenda, uniting today 27 Member States. “This year on 12 – 13 October 2022 Kazakhstan’s CICA Chairmanship will host the Sixth Meeting of the Heads of State and Government. We hope that this CICA Summit would reflect the historic momentum – the launch of the gradual transformation process of CICA, which is a strategic goal of the Kazakh Chairmanship”, stated Akan Rakhmetullin.

Akan Rakhmetullin thanked the participants of the CICA bicycle tour for yet another display of continuous support for CICA and its efforts to build a peaceful, secure and sustainable future for Asia.

UN Resident Coordinator in Kazakhstan Michaela Friberg-Storey noted: “Today, on World Bicycle Day, we celebrate the great power of biking and highlight the importance of non-motorized transport in achieving the Sustainable Development Goals and combating climate change. This must be accompanied by better efforts to improve road safety and integrate the bicycle into sustainable transport planning. As we look ahead to the 2030 Agenda we must decarbonize all means of transport, in order to get to net-zero emissions by 2050 globally”.

Ambassador of Turkmenistan Batyr Rejepov in his welcoming address to the participants of the bicycle tour underlined long history and versatility of the bicycle, which is a simple, inexpensive, reliable and acceptable mode of transport. “Turkmenistan has taken the initiative to establish this international date within the UN. In turn, the UN General Assembly supported this proposal and adopted a special resolution in April 2018 and declared June 3 as World Bicycle Day. The UN Resolution on the World Bicycle Day was co-sponsored by 56 states, the document was adopted by 198 countries unanimously”, said Ambassador Batyr Rejepov.

The aforementioned Resolution invites the international community, including the international and regional organizations to cooperate in observing the World Bicycle Day and raising awareness of it in society.

After the tour was finished, the CICA Executive Director Ambassador Kairat Sarybay stated that the participants of the bicycle tour joined the global efforts in promoting the wider use of the bicycle. “The greater use of the bicycle by people, undoubtedly, leads to reducing the greenhouse gas emissions and contributes to achieving the Sustainable Development Goals. It should be noted that human energy and wisdom are able to change life for the better – this man-made forest around Nur-Sultan is a clear demonstration of this. Only two decades ago this was a barren steppe, but today the trees create a microclimate not only for people, but also for the fauna”, concluded the head of the Secretariat.

Participants of the bicycle tour highly commended the efforts of the hosts of the event and underlined the importance of developing a culture of cycling, as well as praised CICA for its continuous efforts for the sake of strengthening peace, cooperation and prosperity in Asia.

CICA applies a comprehensive approach to security, recognizing that military-political, new threats and challenges, environmental, economic and human dimensions are interrelated and should be pursued all together. Protecting the environment, achieving sustainability and promoting the green technologies are in the focus of its environmental dimension. 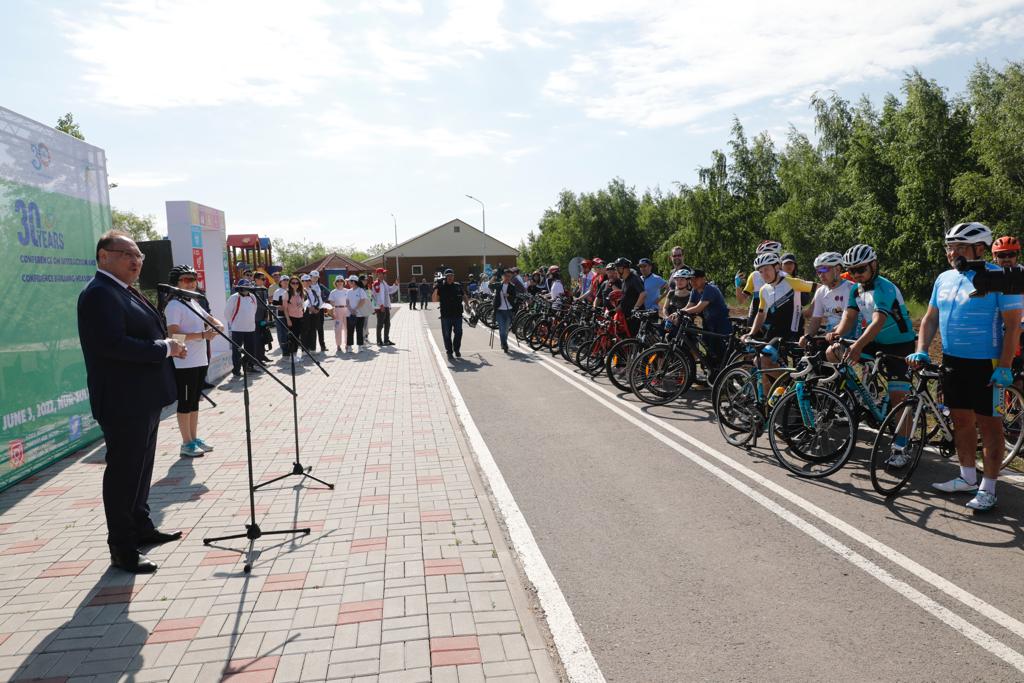 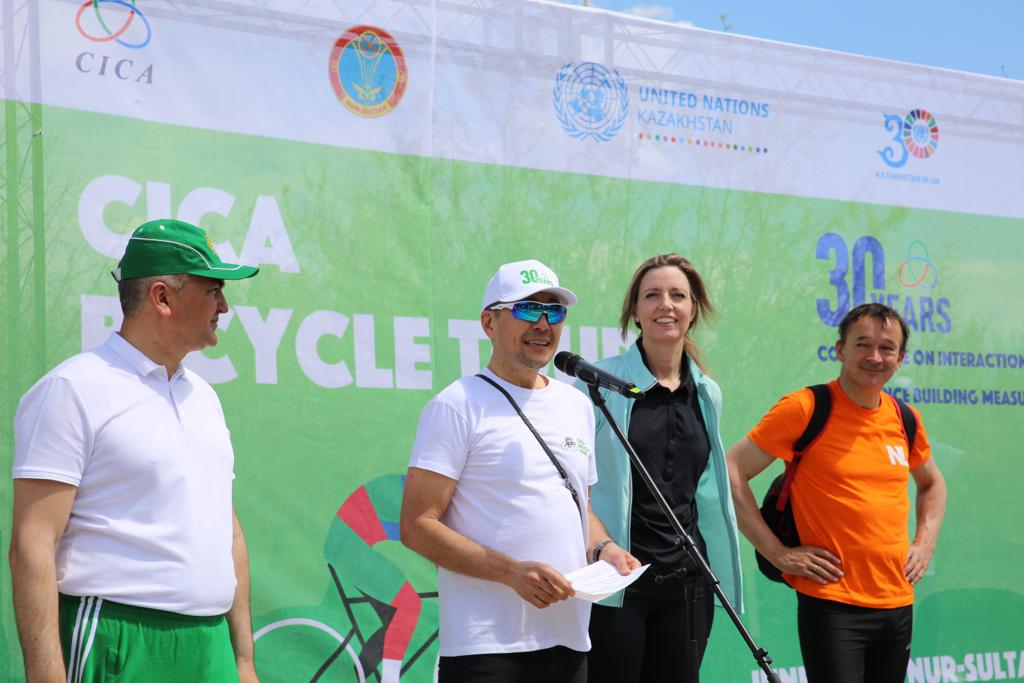 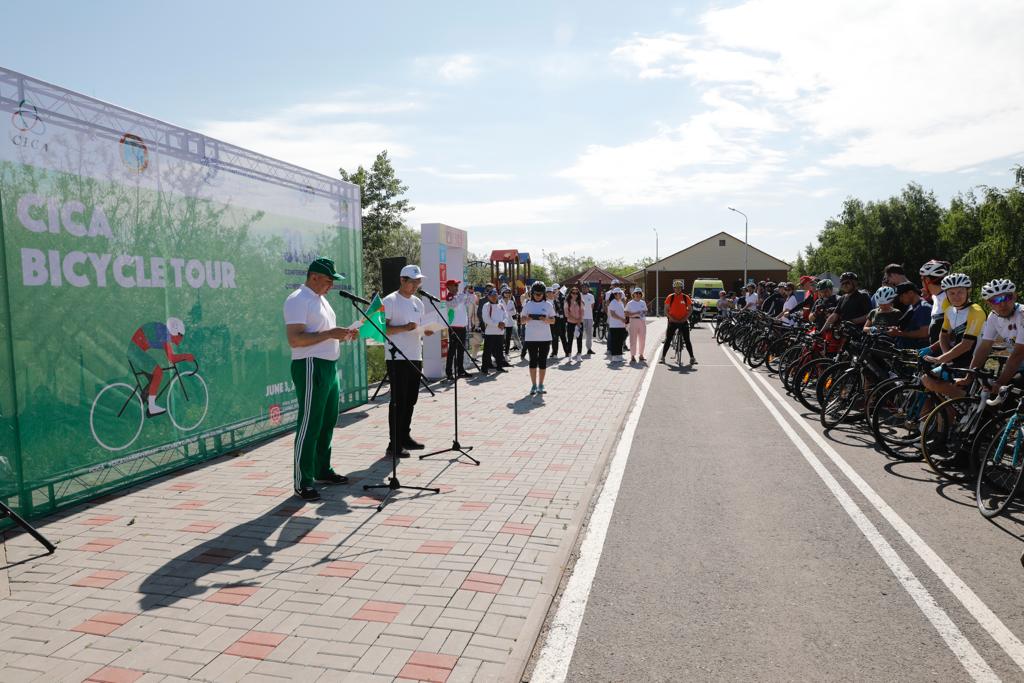 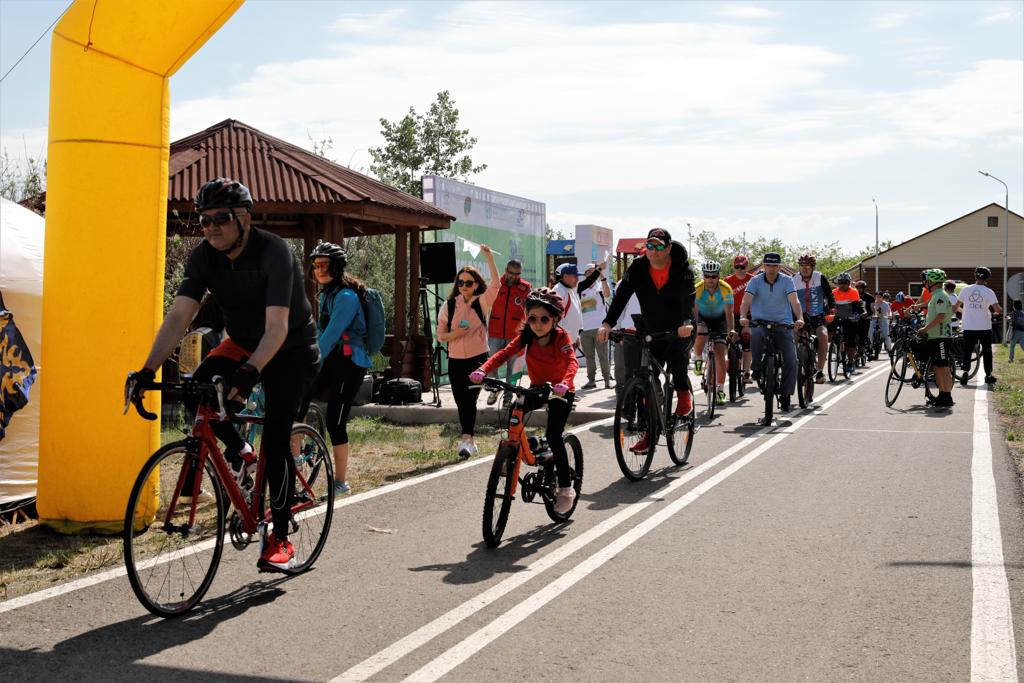 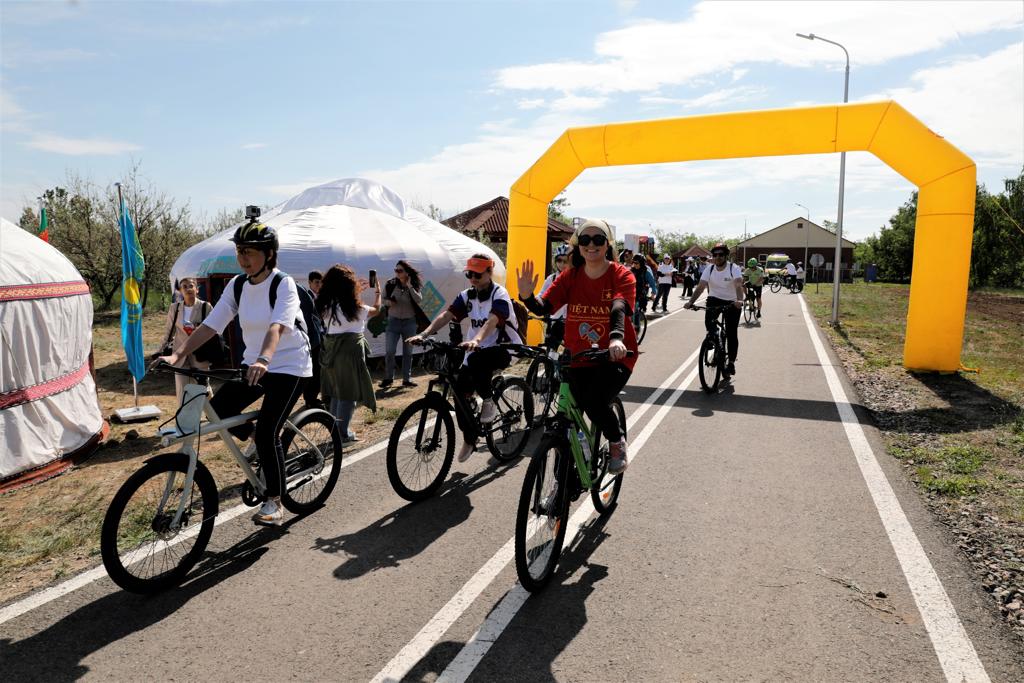 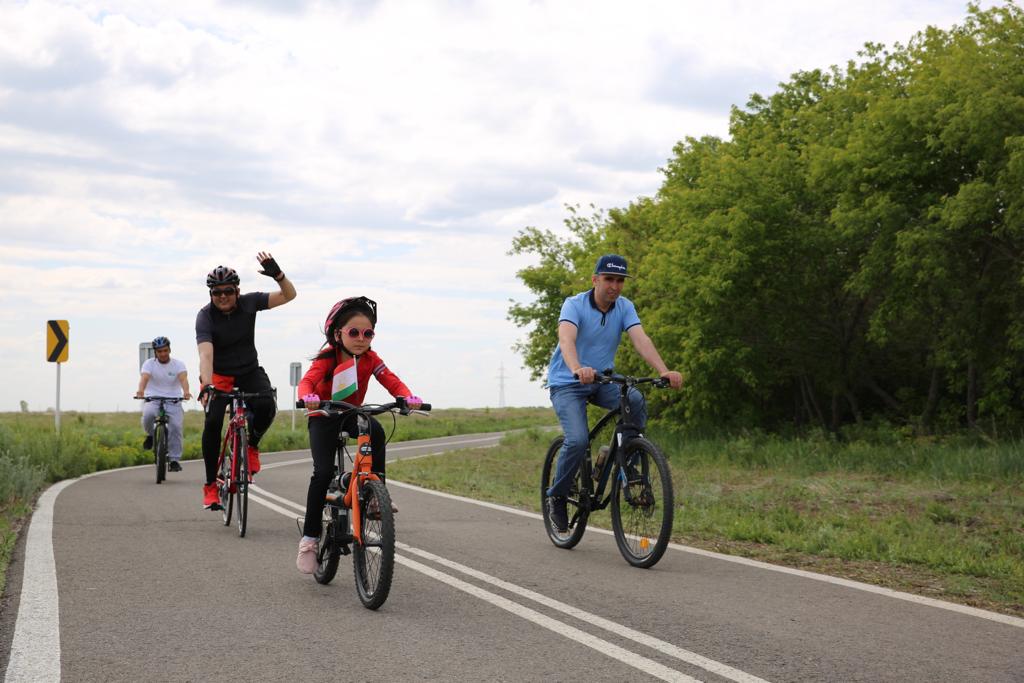 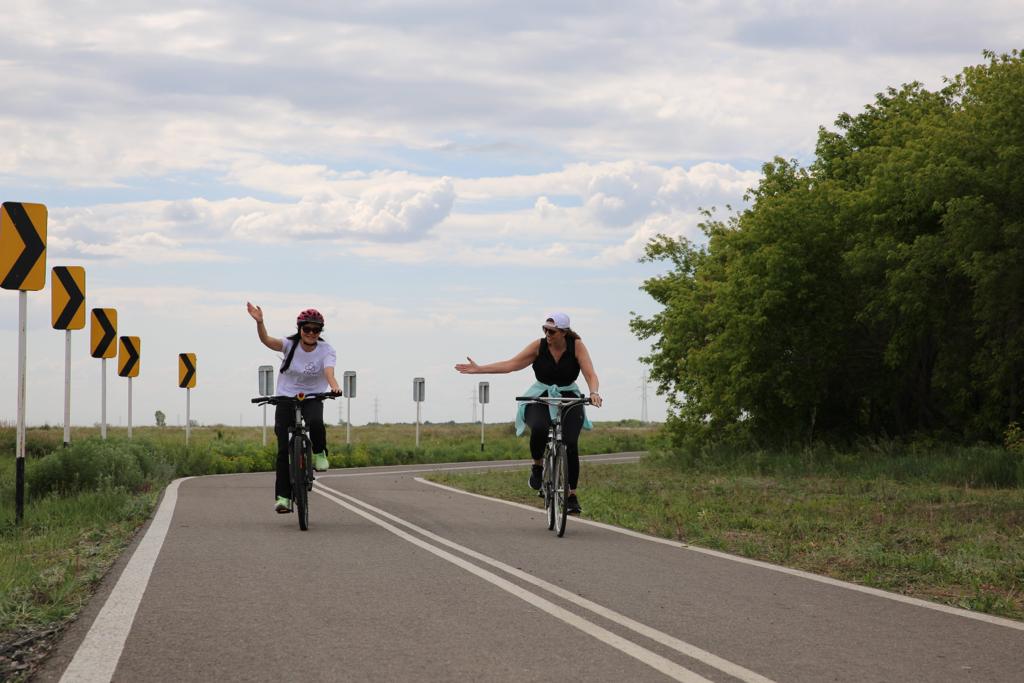 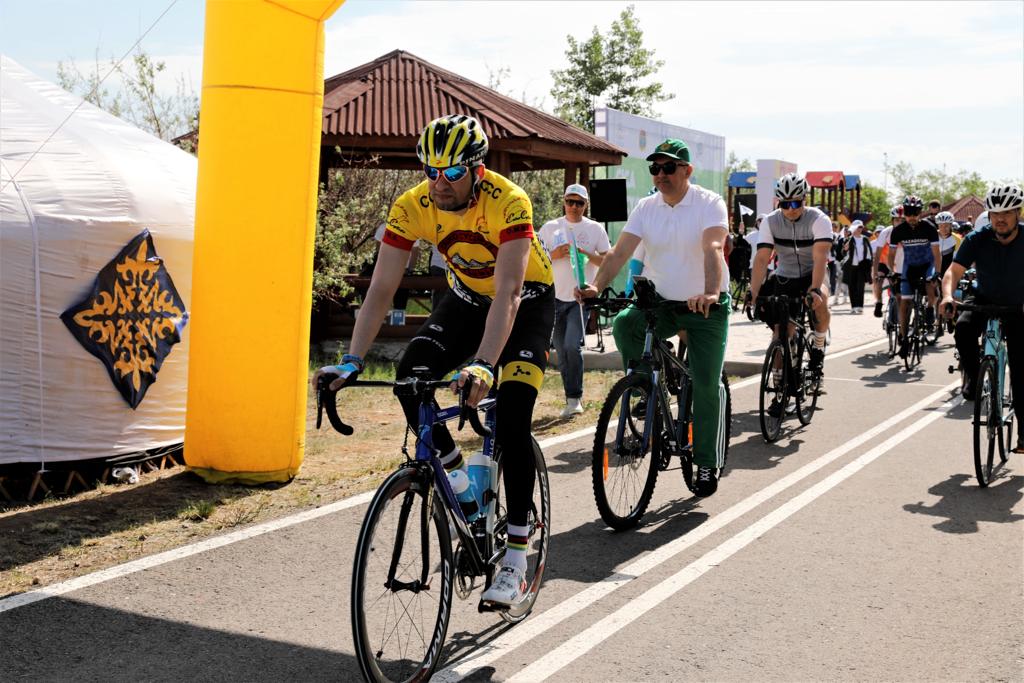 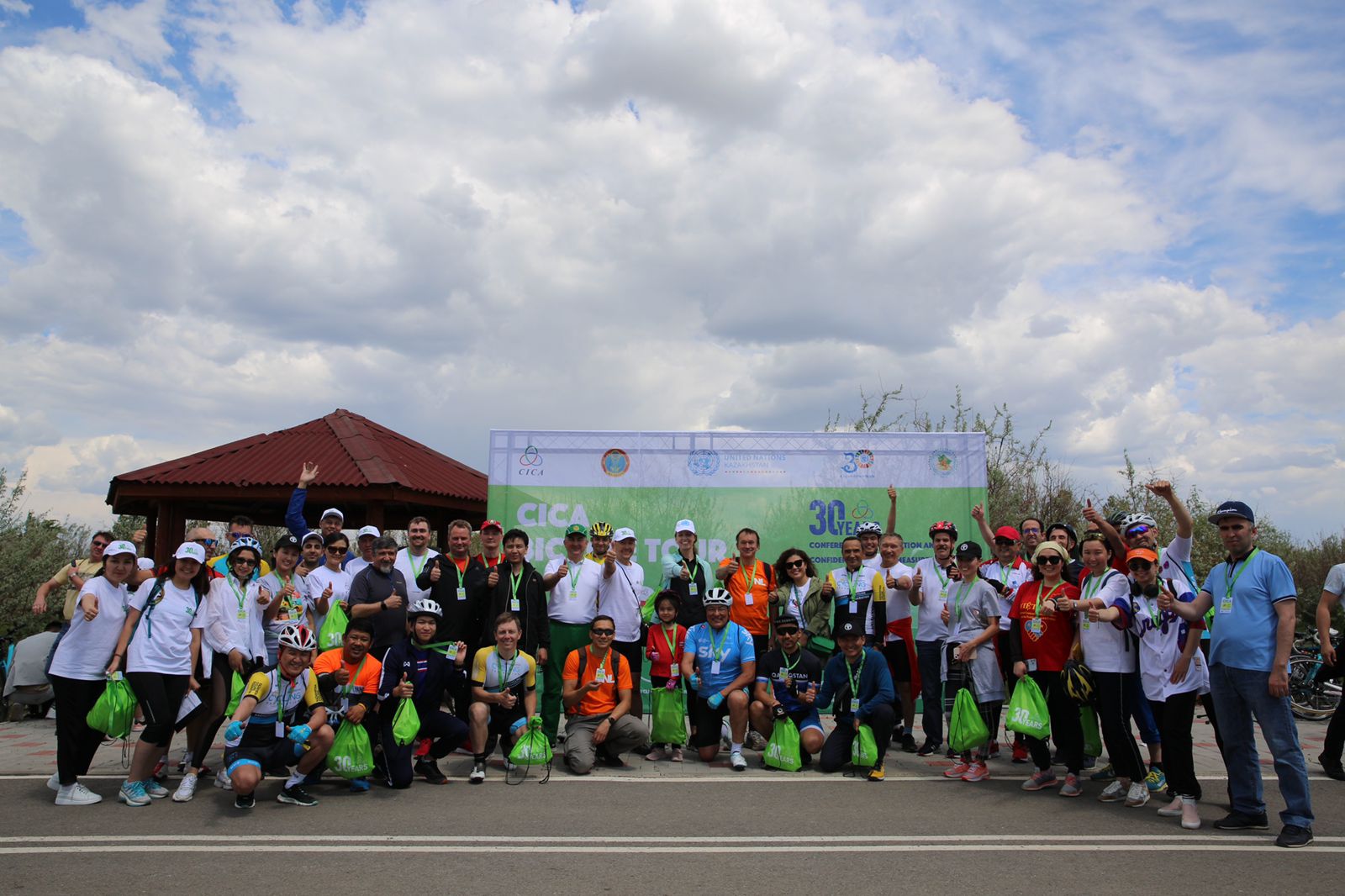 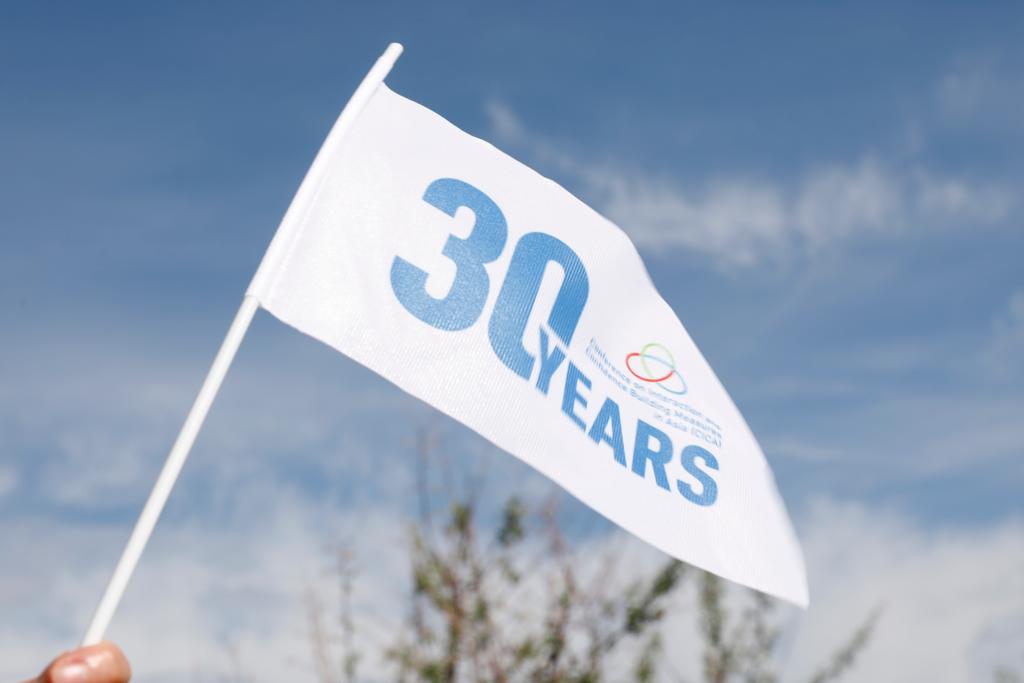