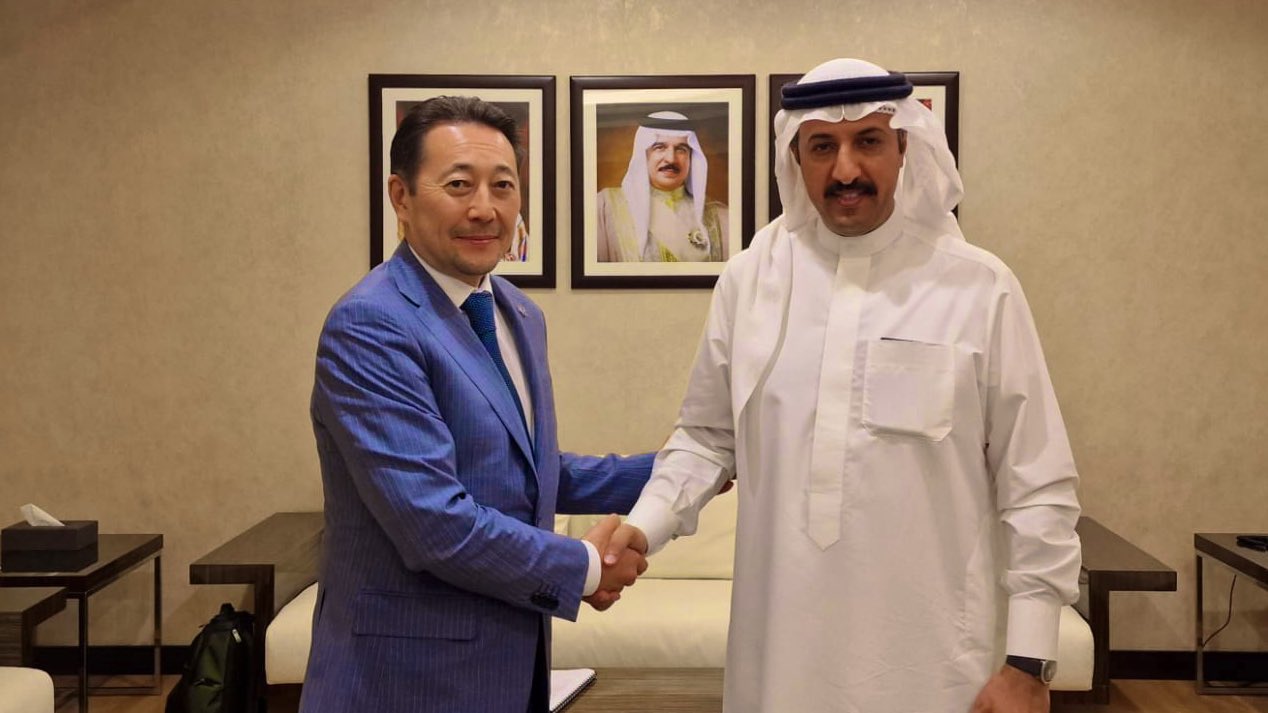 Executive Director Ambassador Kairat Sarybay paid an official visit to the Kingdom of Bahrain to promote cooperation among Member States, especially, prior to the organization of the Sixth Summit of the Conference on Interaction and Confidence Building Measures in Asia (CICA), on 20 June 2022.

During the visit, Ambassador Sarybay met with Dr. Shaikh Abdullah bin Ahmed Al Khalifa, Undersecretary for Political Affairs of the Ministry of Foreign Affairs of the Kingdom of Bahrain. The head of the Secretariat discussed initiatives of CICA, including Kazakhstan Chairmanship's strategic goal of transformation of CICA into an international organization. The Executive Director said that the initiative of transformation was put forward by First President of Kazakhstan Nursultan Nazarbayev at the commemorative 20th anniversary session of the Fourth CICA Ministerial Meeting in 2012 and reiterated at the Shanghai and Dushanbe Summits. The importance of the launch of transformation, befitting to its status, especially, in the 30th anniversary year of CICA, was highlighted.  The transformation process would be gradual and incremental, while preserving the core principles of the Conference.

Ambassador Sarybay discussed the draft outcome document of the upcoming CICA Summit and elaborated the structure and mechanism of establishing CICA Council of Eminent Persons. Besides, the head of the Secretariat drew the attention of Bahrain side to the wider connectivity aspect of the CICA and encouraged to play a dynamic role in promotion of CICA activities in the priority area of tourism.

Dr. Shaikh Abdullah bin Ahmed Al Khalifa appreciated the efforts of the Kazakhstan in supporting CICA over the past three decades and for strengthening its activities as current Chair. The Bahraini diplomat supported the upgrading of CICA into a full-fledged international organization and to garner political will to take it forward. The Undersecretary noted that Bahrain would nominate its candidates to the Council of Eminent Persons and the Think Tank Forum of CICA. He further assured support of the newly established Bahrain Ministry of Tourism for promotion of CICA activities in the area of tourism for the benefit of Member States.

Both agreed to explore new opportunities for strengthening relations between CICA and ACD for the greater good of Asia and the world at large.