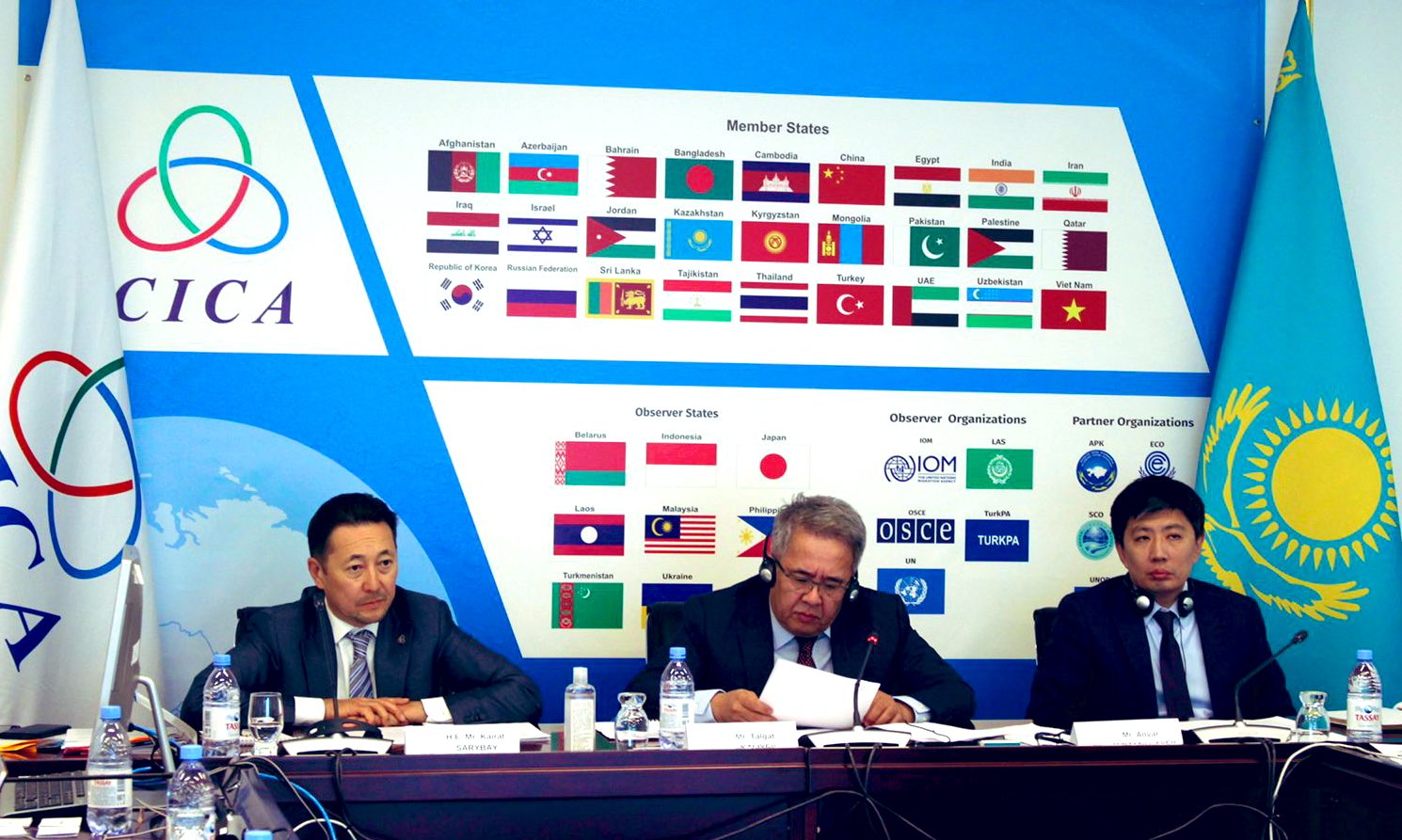 The meeting of the Special Working Group Meeting (SWG) of the Conference on Interaction and Confidence Building Measures in Asia (CICA) held in an online format on 18 and 24 August 2022 continued consideration of the draft outcome documents of the Sixth CICA Summit to be held this autumn in Nur-Sultan. The meeting was chaired by Ambassador at Large of the Foreign Ministry of Kazakhstan Talgat Kaliyev.

The SWG made progress on the texts of the draft Nur-Sultan Charter, expected to launch the process of gradual transformation of CICA into an organization; the draft Regulations of the CICA Fund, establishing a voluntary funding mechanism for implementation of CICA projects; and the draft CICA Leaders’ Statement on Cooperation in the Field of Security of and in the Use of Information and Communication Technologies.

Kazakh Chairmanship also briefed the SWG on the ongoing expert-level work on the draft CICA plan of action on implementation of the United Nations Global Counter-Terrorism Strategy. SWG will resume its work next month to continue its substantive preparations for the CICA Summit.