Egypt aims for effective outcomes of the Sixth CICA Summit 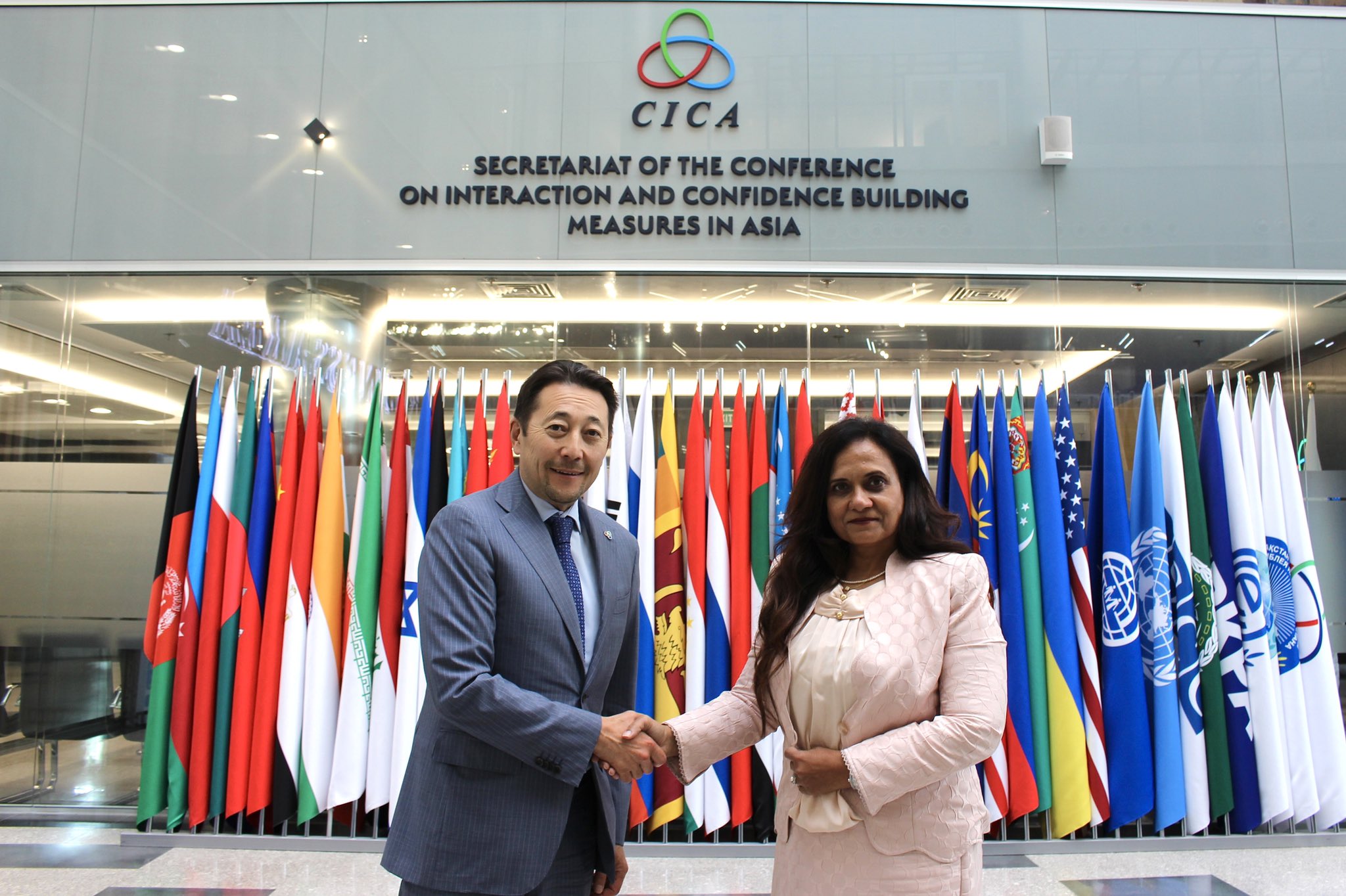 Ambassador of Egypt to Kazakhstan Ms. Manal Elsayed Yehia El Shinnawi visited the headquarters of the CICA Secretariat on 1 September and was received by Executive Director Ambassador Kairat Sarybay. A detailed discussion took place regarding the preparations for the Sixth Summit of the Conference on Interaction and Confidence Building Measures in Asia (CICA) to be held in Nur-Sultan on 12-13 October this year.

The Ambassador highlighted the political significance of the forthcoming event and the importance of working together on its substantive outcome, and wished the Secretariat and the Kazakh Chairmanship to hold the meeting of the leaders at the highest level.

Kairat Sarybay expressed the hope that the President of Egypt would be able to participate in the Summit, and invited Egyptian colleagues to take part in the upcoming offline meeting of the CICA Special Working Group to be held in the Kazakh capital on 13-14 September this year.