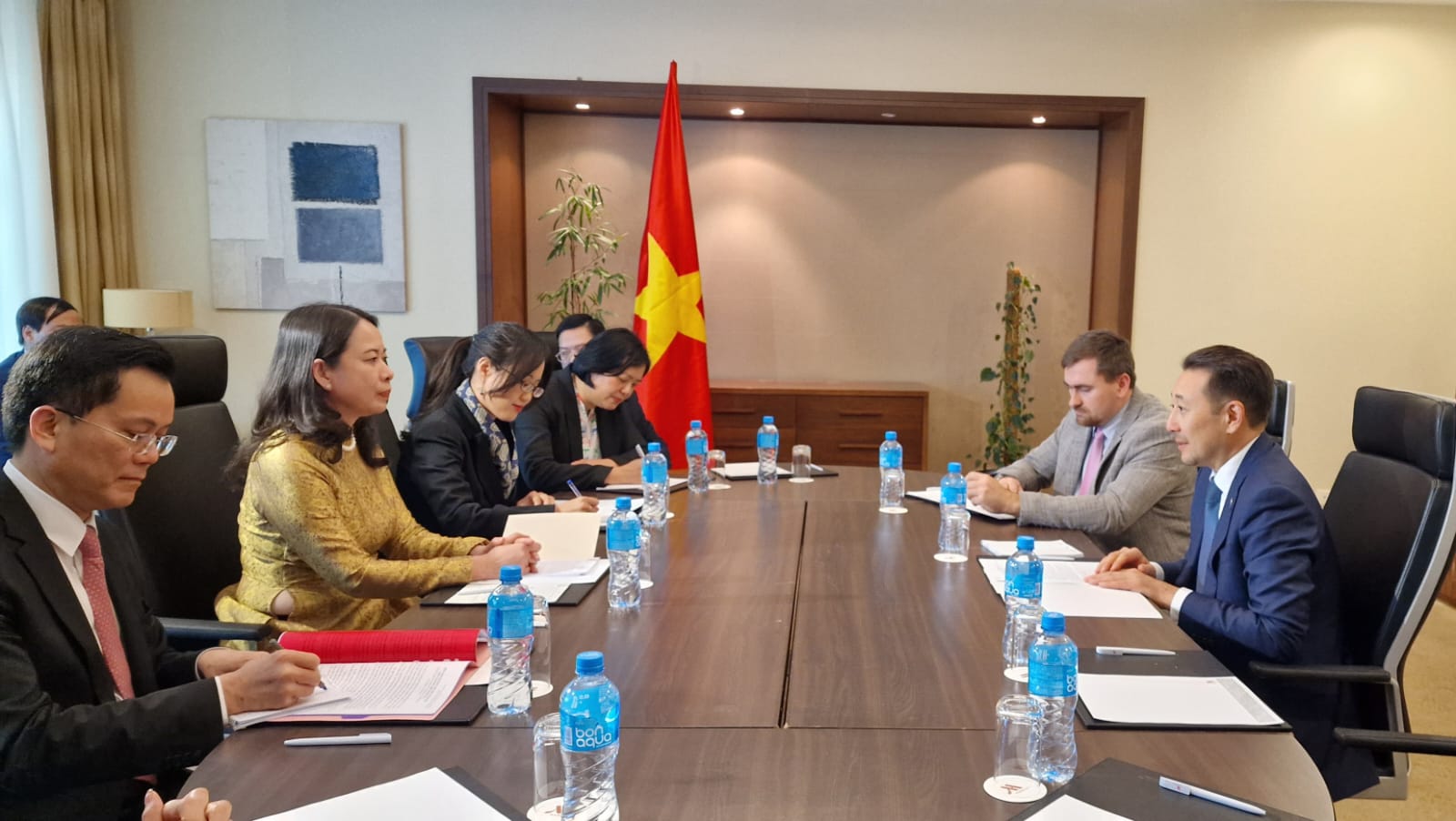 On the sidelines of the Sixth CICA Summit on October 12-13 in Astana, Secretary General Kairat Sarybay met with Vice President of the Socialist Republic of Viet Nam Mrs. Võ Thị Ánh Xuân.

The Secretary General expressed gratitude for such a high level of Viet Nam’s representation at the Summit, which made a historic decision to launch the transformation of CICA into a full-fledged international organization. He thanked the Vietnamese side for its continued support of the CICA process and expressed hope that productive cooperation between the Conference and the Association of Southeast Asian Nations (ASEAN) would be established soon.

Võ Thị Ánh Xuân described CICA, which had achieved significant results over 30 years of its evolution, as an efficient and effective mechanism for strengthening strategic confidence among Asian countries. In her opinion, the Sixth Summit provided an opportunity for Member States to compare approaches to ensuring peace and stability in the region, while further transformation of the Conference would only contribute to the security and prosperity of Asia.

The Vice President also congratulated Kairat Sarybay on his appointment to the new position of CICA Secretary General, thanked the Secretariat for the excellent preparation to the Summit, and promised to assist in establishing ties between the CICA and ASEAN Secretariats.