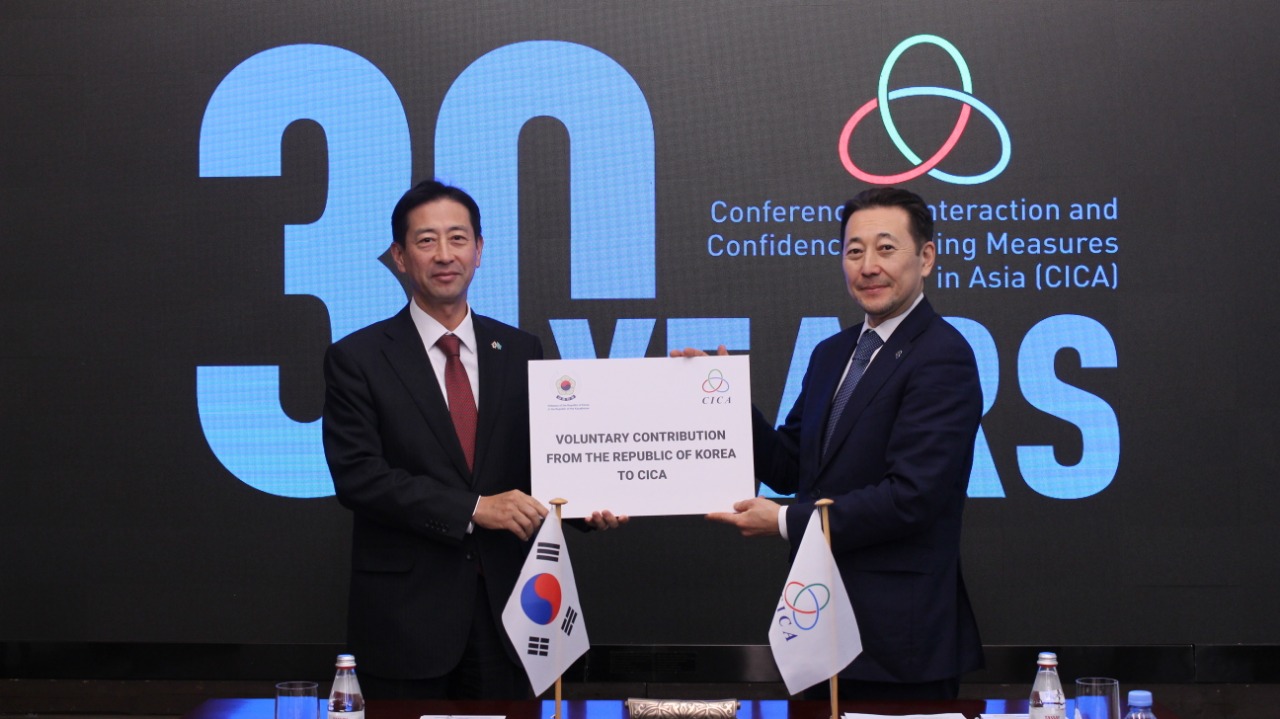 The Secretary General expressed his sincere gratitude to the Korean side which had been making regular contributions to the Secretariat’s budget since 2006. Furthermore, the Republic of Korea plays an important role in the CICA process in the capacity of Coordinator of the Confidence Building Measures on “Energy Security” and “Information Technology”.

Kairat Sarybay and Koo Hon-seok emphasized the historic significance and success of the Sixth CICA Summit that was held in Astana on 13 October 2022 and its strategic decision to launch the CICA transformation, elaborated on further steps and actions to implement the leaders’ decisions.