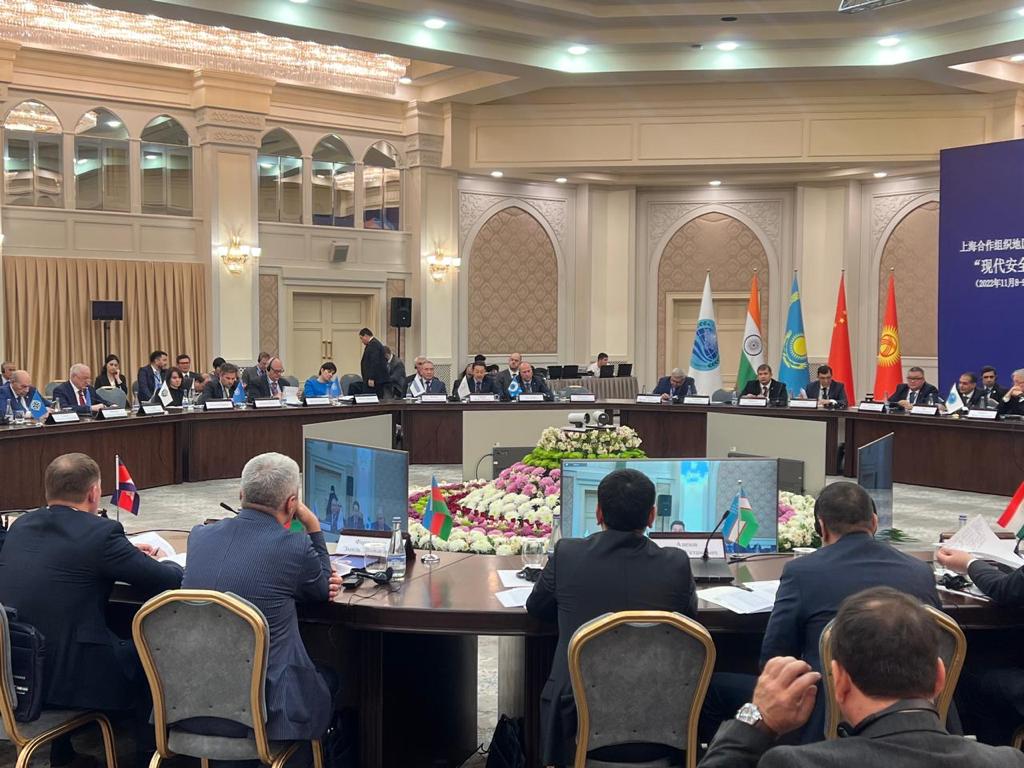 Secretary General of the Conference on Interaction and Confidence Building Measures in Asia (CICA) Kairat Sarybay undertook a working visit to the capital of Uzbekistan, where he participated in the Eighth SCO RATS International Scientific and Practical Conference “Modern Security: Challenges and Solutions” on 8-9 November 2022.

In his address to the session on international counterterrorism cooperation, the Secretary General described the efforts made by CICA Member States to overcome the threat of terrorism.

“CICA and the SCO should be seen as complementary regional structures, whose concerted efforts can bear good fruit,” Kairat Sarybay underlined. He expressed confidence that there was the widest field for cooperation between CICA and the SCO, CICA and the SCO RATS on counterterrorism and the closely related topic of information and communication technology security. “CICA can play the role of an “outreach platform” for the SCO in the vast Asian region,” the CICA Secretary General noted, saying that all SCO Member States were also CICA Member States. The framework for such cooperation is already in place; the SCO has been a Partner Organization of CICA since 2014, and the SCO RATS since 2017.

CICA Expert, Ambassador Adel Adaileh (Jordan) also spoke at the Conference, making a presentation on the role of theologians in countering the propaganda of destructive interpretations of religious teachings by terrorist and extremist organizations.

As part of the event, the CICA Secretary General awarded in a solemn setting CICA 30th anniversary medals to the SCO RATS leadership. By decision of the CICA Member States, Director of the SCO RATS Executive Committee Ruslan Mirzaev and his Deputy Kanat Tyukeev received the awards.

The CICA Secretary General also awarded the CICA 30th anniversary medal to UN Office for Drugs and Crime (UNODC) Regional Representative to Central Asia Ms. Ashita Mittal. During the meeting, Ambassador Kairat Sarybay discussed with Ashita Mittal CICA's regional cooperation with UNODC on a wide range of issues, such as combating drug trafficking, countering terrorism, including as part of the implementation of the UN Global Counter-Terrorism Strategy, and closely related issues of safe use of ICTs.