Conference on “Development of Green Technologies and Renewable Energy Sources in the Context of Low Carbon Development”, 25 November 2021

The issues on climate change and transition to the green economy were discussed by CICA Member States at the Conference on “Development of Green Technologies and Renewable Energy Sources in the Context of Low Carbon Development” held on 25 November 2021. The event was organized by the International Green Technologies and Investments Center in partnership with the Association of Environmental Organizations of Kazakhstan on the platform of CICA. The international conference brought together over 90 participants from CICA Member States: Azerbaijan, Bangladesh, China, India, Iran, Iraq, Jordan, Kazakhstan, Kyrgyzstan, Pakistan, Russia, Thailand and Turkey.

“The idea of convening the Conference on Interaction and Confidence Building Measures in Asia was first announced by First President of Kazakhstan Nursultan Nazarbayev at the 47th session of the United Nations General Assembly on 5 October 1992. At the outset of its path, Kazakhstan strived to establish friendly relations with its neighbours in an effort to contribute to the enhancement of security in Asia. Today we face a new challenge – the climate change”, noted Aliya Nazarbayeva while addressing the conference participants with welcoming remarks. In this connection, Chairman of the Association of Environmental Organizations of Kazakhstan emphasized that CICA has to become a powerful tool in combating global warming by developing green technologies and renewable energy sources in the context of low-carbon development. In his welcoming address, Executive Director of CICA Ambassador Kairat Sarybay noted that environmental issues are an integral part of CICA’s agenda, given the comprehensive approach to ensuring security on the Asian continent. “Climate change, caused by the emission of pollutants into the atmosphere, has serious environmental and economic consequences for the world, and as a result has implications on security in its broader sense”, emphasized Kairat Sarybay.

Acting Chairman of the Board of the International Center Zhanar Igenova stressed the high relevance of the conference and the commitment of CICA Member States to combat climate change. In addition, it was emphasized that the need to consolidate the efforts to tackle the consequences of climate change would require the development of green finance and subsequent introduction of green and renewable energy technologies. “International cooperation will enable the exchange of best practices and experiences on decarbonization of economies, development of green financing and introduction of green and renewable energy technologies”, concluded her remarks  Zhanar Igenova.

The participants exchanged their views on the elaboration of collective approaches to solve the existing problems, in particular they shared their experiences on the implementation of green and renewable energy technology projects, capabilities of CICA countries  to implement the COP26 Decisions and combat the consequences of climate change. 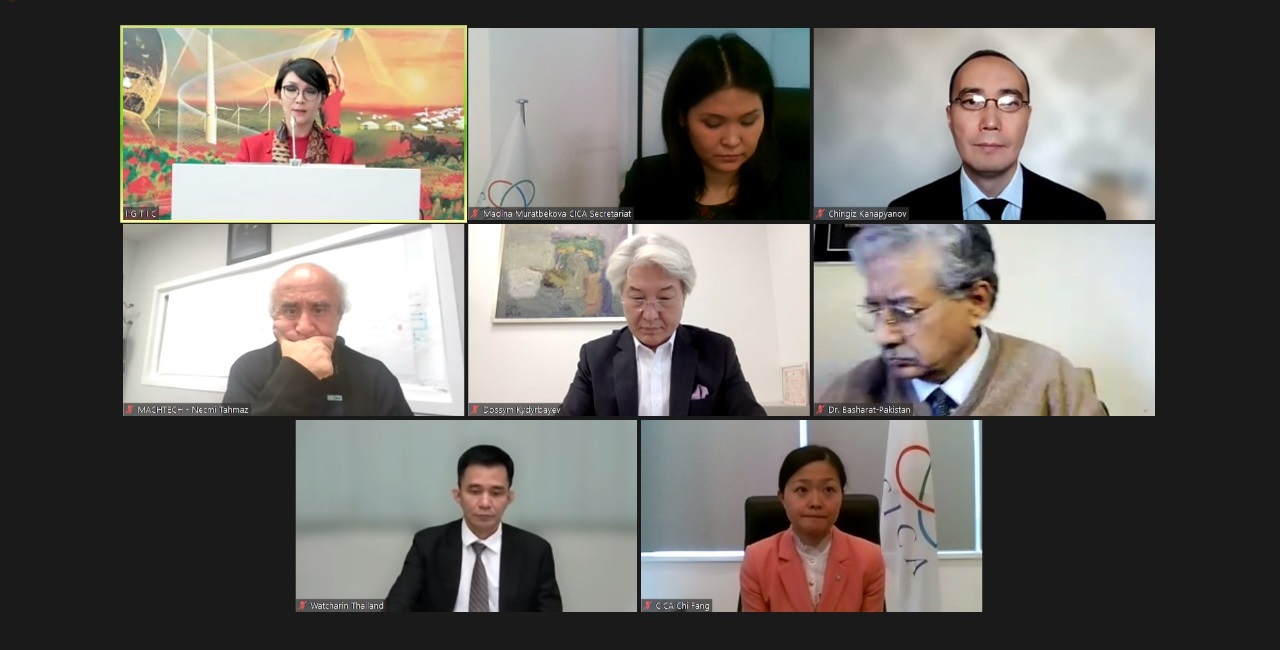