The Kazakh Chairmanship in CICA, together with the Secretariat, held the virtual Specialized Meeting on "Development of cooperation between the CICA Member States for implementation of the UN Global Counter-Terrorism Strategy (UNGCTS)" on 24 May 2022.

The Specialized Meeting was initiated by the Republic of Kazakhstan as the CICA Chair and supported by the Senior Officials Committee in December 2021. The meeting brought together qualified experts of the Member States to review and agree on the draft CICA Plan of Action on the Implementation of the UNGCTS for it subsequent approval by the CICA governing bodies.

The meeting was chaired by Ambassador-at-Large of the Ministry of Foreign Affairs of the Republic of Kazakhstan Talgat Kaliyev. It was attended by heads of government agencies, institutions and organizations of the CICA Member States in the field of combating terrorism, high-level experts, as well as representatives of the CICA partner, the Regional Anti-Terrorist Structure of the Shanghai Cooperation Organization.

Following a constructive and engaged discussion, the Member States agreed to continue working on the draft Plan of Action. The Chairmanship intends to finalize it by the Sixth CICA Meeting of Heads of State or Government in Nur-Sultan on 12-13 October 2022.

The UN Global Counter-Terrorism Strategy was adopted by UN General Assembly Resolution 60/288 on 8 September 2006. At the Fifth Ministerial Meeting of the CICA Member States in April 2016, foreign ministers agreed that the adoption of the CICA Plan of Action on the Implementation of the UNGCTS would provide further impetus to enhance cooperation among the Member States in countering terrorism, and encouraged to work toward its full and effective implementation. Subsequently, the CICA Chairmanship, together with experts, finalized the draft Plan of Action based on the comments received from the Member States, which was considered at the recent Specialized Meeting. 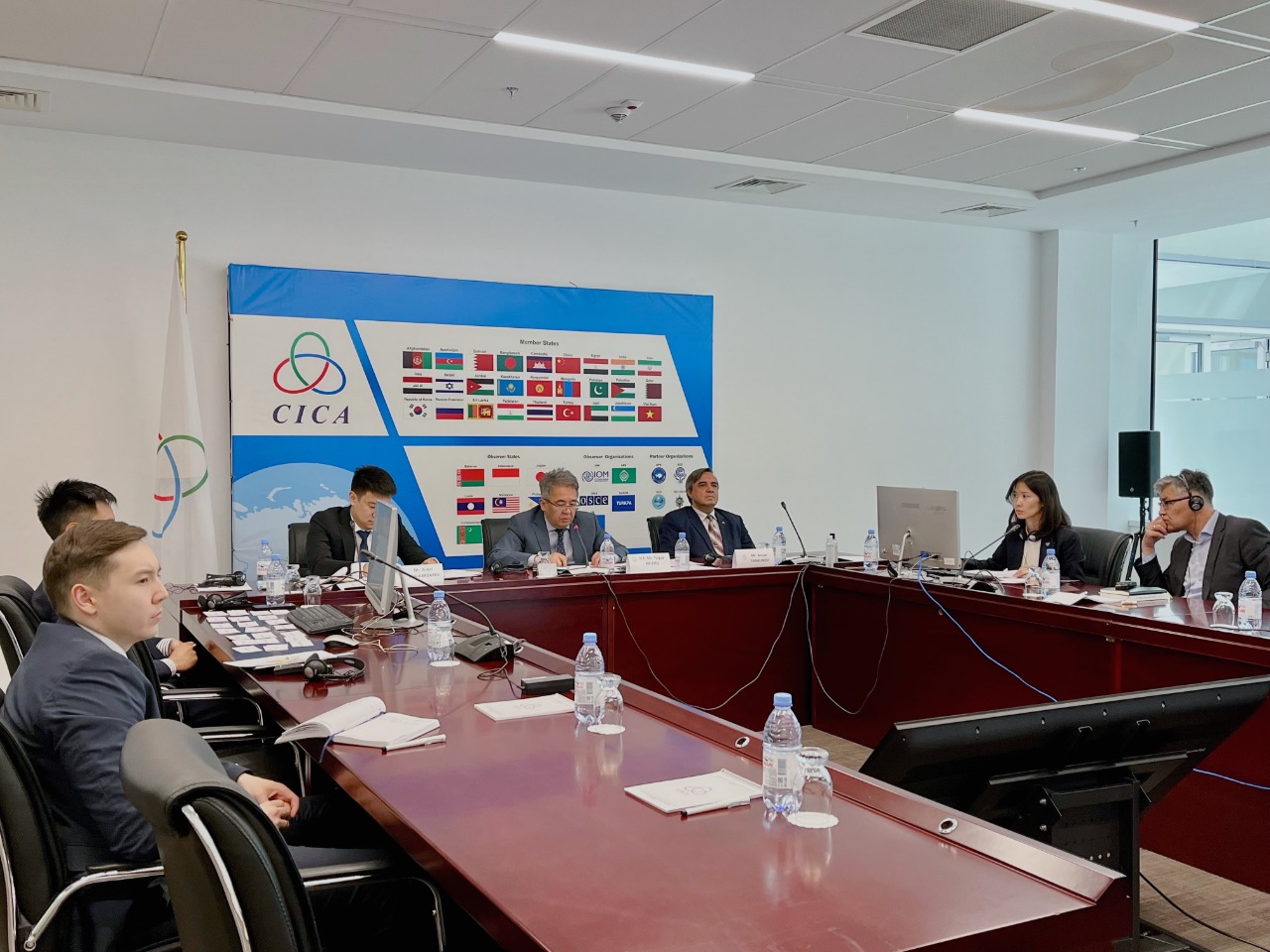