China commends CICA for its contribution to strengthening regional security 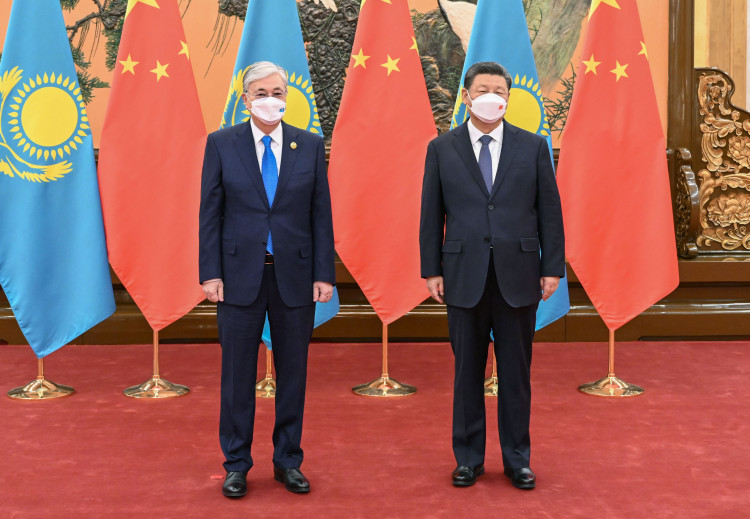 During the meeting of Chairman of the PRC Xi Jinping with President of Kazakhstan Kassym-Jomart Tokayev, held in Beijing on 5 February 2022, the PRC leader commended the activities of the Conference on Interaction and Confidence Building Measures in Asia, and the initiatives of the Kazakh Chairmanship aimed at ensuring regional security. Xi Jinping emphasized that the PRC would continue to support Kazakhstan, the current Chairman of CICA, in implementing its priorities. The PRC Chairman also accepted an invitation of President Kassym-Jomart Tokayev to pay a state visit to Kazakhstan in the autumn.

The People’s Republic of China takes an active part in the work of the Conference and has made a valuable contribution to the institutionalization of CICA. During its Chairmanship in CICA from 2014-2018, the PRC initiated the establishment of the Think Tank Forum, that was later transformed into an institute of CICA, and the Forum of Non-Governmental Organizations.

The PRC provides a significant impetus to the development of economic and financial interaction as the coordinator of confidence building measures in such priority areas of CICA as “Agriculture” and “Finance”. The CICA Finance Summit, chaired by the PRC, is held on a regular basis. In addition, China is a co-coordinator in five priority areas - “Epidemiological safety, public health and pharmaceuticals”, “Development of secure and effective systems of transportation corridors”, “Environment protection”, “Security and in the use of information and communication technologies (ICTs)”, and in Human dimension.

In December 2021, during the Ninth Session of the CICA Think Tank Forum, chaired by the Shanghai Institutes for International Studies, the expert community of the CICA area held a substantive discussion on the prospects of transformation of CICA into a fully-fledged international organization.

The PRC intends to hold five events in the priority areas it coordinates as part of the CICA Plan on Implementation of Confidence Building Measures for 2022.

Source: official website of the President of the Republic of Kazakhstan