CICA’s role in the development of the Greater Eurasian Partnership presented at the St. Petersburg International Economic Forum 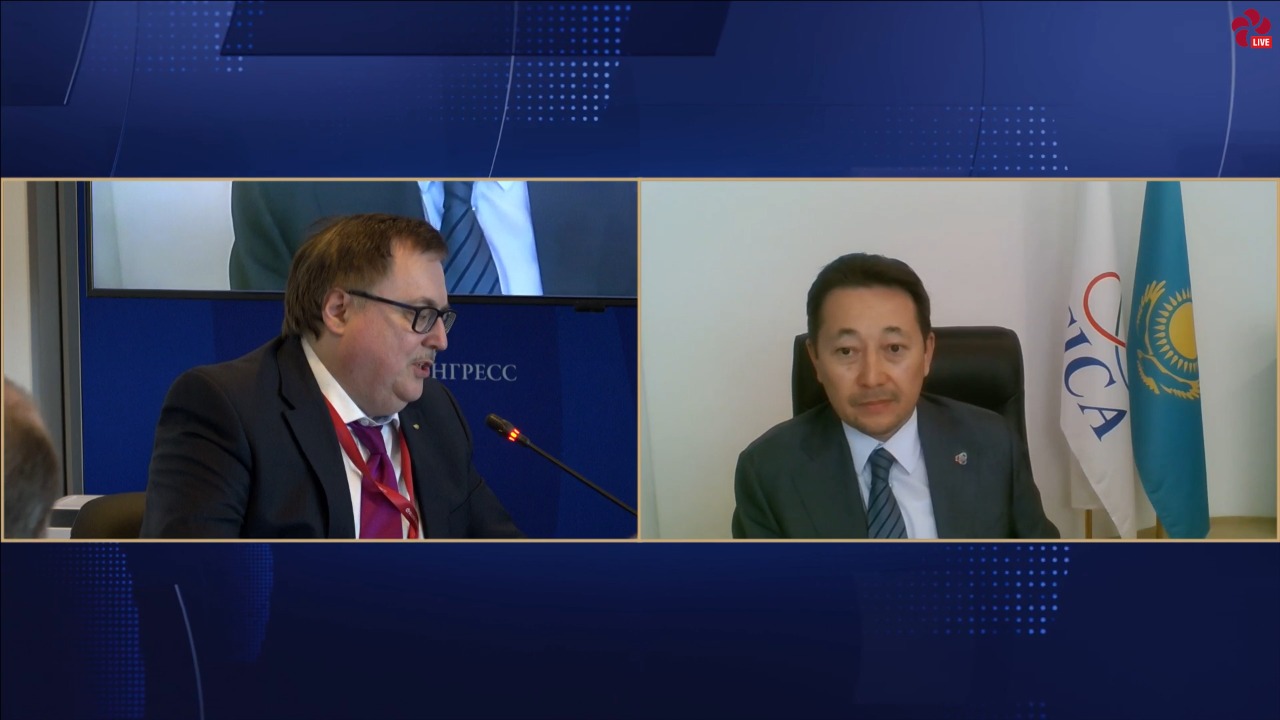 Executive Director of the Conference on Interaction and Confidence Building Measures in Asia (CICA) Kairat Sarybay participated online in the St. Petersburg International Economic Forum at the invitation of Chairman of the Board of the Eurasian Economic Commission Mikhail Myasnikovich and addressed a panel session titled “ASEAN–EAEU–SCO: Integration Segment of the Greater Eurasian Partnership”.

In his address, the Executive Director spoke about the role that CICA may play in bringing together regional organizations operating in Eurasia to integrate the economies of the world's largest continent.

Kairat Sarybay noted that CICA had recently significantly intensified its contacts with major regional associations, such as the Association of Southeast Asian Nations (ASEAN), Shanghai Cooperation Organization (SCO), and Eurasian Economic Union (EAEU). CICA operates in five broad dimensions of cooperation – military-political, new challenges and threats, economic, environmental and human – with economic issues accounting for at least 60 percent of the Conference's agenda. Given that many CICA members are at the same time engaged in the work of the SCO, EAEU, and ASEAN, the objective of combining the efforts of these regional associations seems feasible and desirable. That said, CICA may serve as an effective common platform for these organizations.

It was noted that the full development of the Greater Eurasia is currently hindered by the poor development of intercontinental infrastructure. Digitalization and information and communication technology are closely related to transportation and the movement of goods, capital, and human resources.

Such areas of interaction as economy and finance, trade and investment, the development of small and medium enterprises, agriculture, and ensuring food security still remain relevant. The coronavirus pandemic has demonstrated how important it is to ensure close and efficient interaction in epidemiological safety, public health, and pharmaceuticals. Tourism may give a powerful impetus to the development of cultural and economic relations between peoples and states. After all, Eurasia and the entire humanity cannot move into the future without addressing the issues of ecology and environment protection, a proactive climate agenda, as energy conservation, energy efficiency and the use of renewable energy are closely related to them.

The CICA Executive Director emphasized that the wide range of economic challenges and opportunities, global and regional threats and challenges, the goals of sustainable development and environment protection are indicative of the need for greater interaction and connectivity not only on the Asian continent but also across the Greater Eurasia.

Kairat Sarybay concluded by expressing his conviction that the synergy of efforts of regional associations would result in their multiplication.