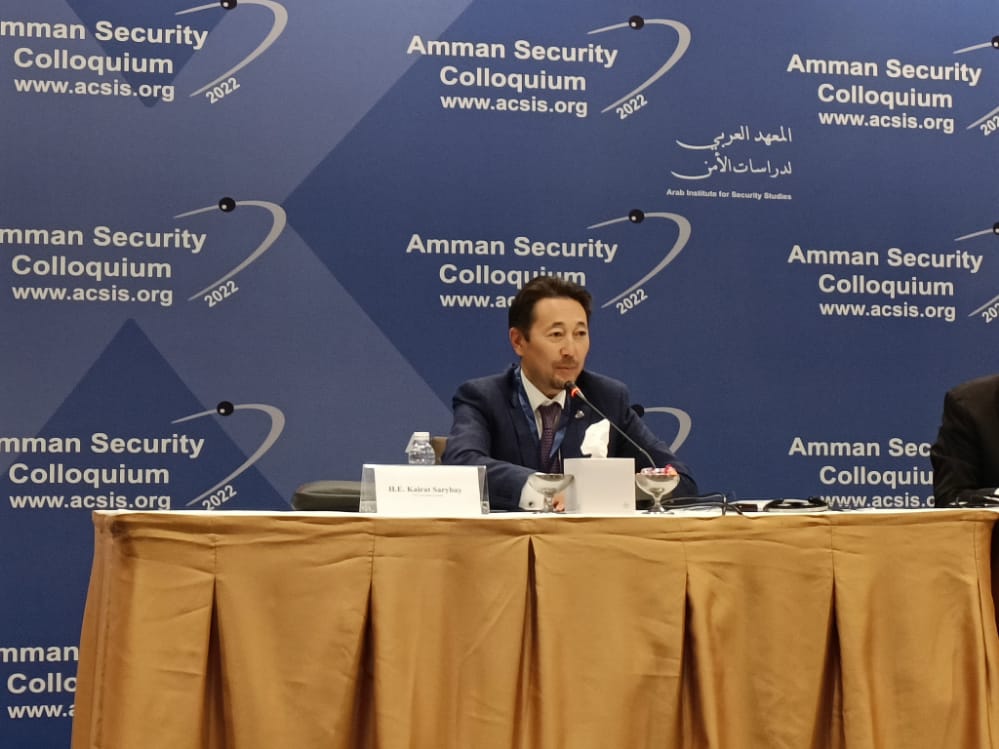 Secretary General of the Conference on Interaction and Confidence Building Measures in Asia (CICA) Ambassador Kairat Sarybay took part in the Amman Security Colloquium held in the Jordanian capital on 2 November 2022.

Addressing the session on “Regional and International Challenges”, the Secretary General noted the significance of security interaction in the overall system of CICA confidence building measures, as well as the importance and effectiveness of the basic principles of the Conference that are inclusiveness, voluntariness and strict consensus.

“It is strict adherence to the principles I have indicated that makes it possible to continue the dialogue, even when this dialogue becomes difficult to implement in other multilateral formats,” the Secretary General underlined.

Special emphasis in his address was placed on the key decision of the Sixth CICA Summit to transform the forum into a full-fledged international organization designed to strengthen the role and impact of CICA on the processes taking place on the world's largest continent.

In his address, the Secretary General also mentioned the important documents adopted at the Summit in the “New Challenges and Threats” dimension – the CICA Plan of Action on the Implementation of the UN Global Counter-Terrorism Strategy and the CICA Leaders’ Statement on Cooperation in the Field of Security of and in the Use of Information and Communication Technologies.

“Thus, the CICA Member States aspire as their ultimate goal to create an architecture of security and cooperation in Asia based on the principles of international law, transparency and mutual confidence,” the Secretary General concluded.

The Amman Security Colloquium is an annual event that brings together prominent political figures, heads of international organizations, leading international security experts, military, academic and civil society representatives. The Colloquium provides a platform for dialogue and the search for innovative ways to resolve conflicts based on the goals and principles of the United Nations.