The 10th meeting of the Think Tank Forum (TTF) of the Conference on Interaction and Confidence Building Measures in Asia (CICA) was held in a hybrid format from 30 November to 1 December 2022, bringing together representatives of the leading think tanks of CICA Member States, official structures and international organizations.

Representatives of 12 CICA Member States participated as speakers and observers of the meeting organized by the TTF Chair – Shanghai Institutes for International Studies (SIIS).

Speaking at the opening ceremony, CICA Secretary General Kairat Sarybay stressed that the establishment of the TTF led to the creation of a new, special platform for discussing the ways and problems of development, not only of CICA itself, but also in a broader sense – challenges of today’s world. Noting that the Forum’s status and composition made it possible to consider an almost unlimited range of issues, the Secretary General called for the ideas and recommendations developed by the TTF analysts to be studied by the Member States and discussed by the CICA governing bodies with a view of translating them into specific actions and decisions.

The agenda of the two–day meeting included a wide range of issues – food and energy security, green economy and connectivity, 30-yearexperience of CICA and a look into the future. The Forum was addressed by prominent experts from research institutions of Azerbaijan, Bangladesh, China, India, Kazakhstan, Kuwait, Tajikistan and Türkiye. Experts and Ambassadors of the CICA Secretariat Adel Adaileh and Doulat Kuanyshev made presentations at the meeting.

A separate topic of discussion was the preparation of the TTF Action Plan for 2023. TTF members agreed to intensify the activity of the TTF in the intersessional period and to enrich the Action Plan of the CICA subsidiary body accordingly.

It was agreed to hold the next TTF meeting in November or December 2023. The participants expressed special gratitude to the TTF Chair – SIIS – for the excellent organization of the meeting, despite the difficulties associated with the ongoing coronavirus pandemic. The hope was expressed to see improved epidemiological situation and hold the next, 11th meeting, offline.

The CICA Think Tank Forum was established in 2014 on the initiative of the People’s Republic of China, its coordinator has been the Shanghai Institutes for International Studies. By the decision of the CICA Member States in October 2021, the TTF was transformed into an advisory body, which is designed to provide information and analytical support to CICA, as well as to ensure development of interaction among think tanks of the CICA Member States. Today, the TTF membership includes research institutes and think tanks from 19 CICA Member States. 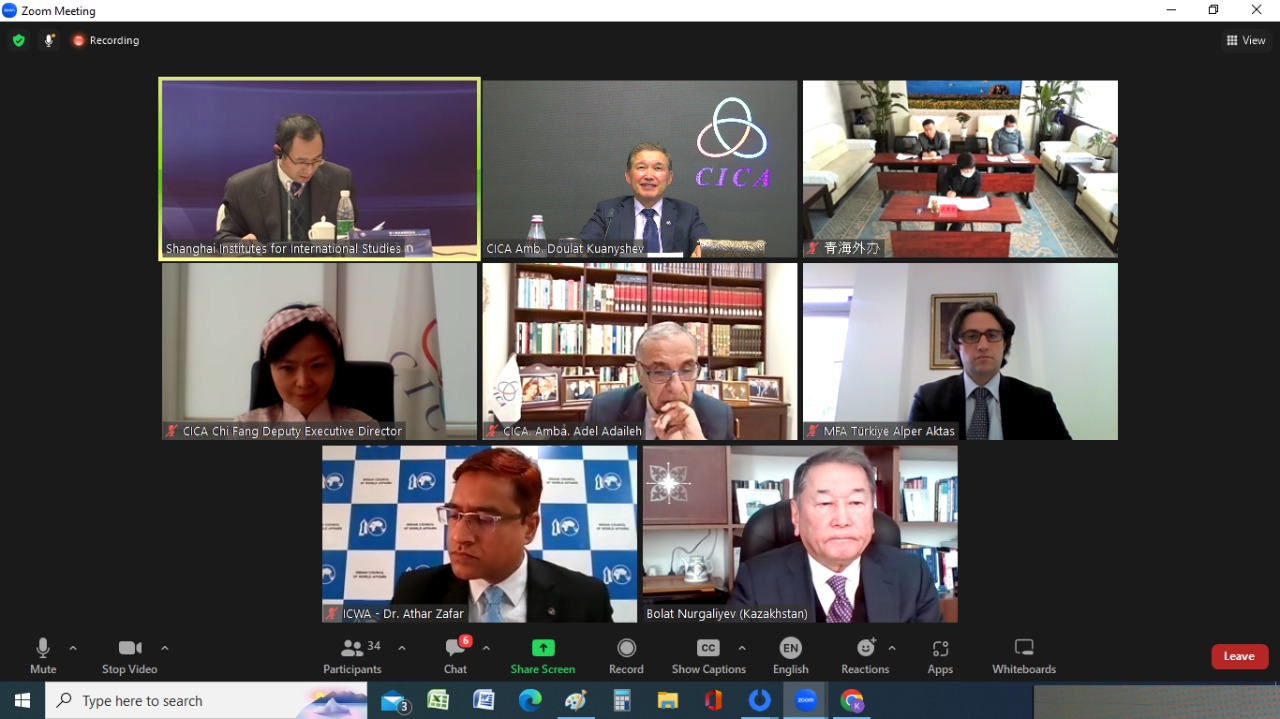