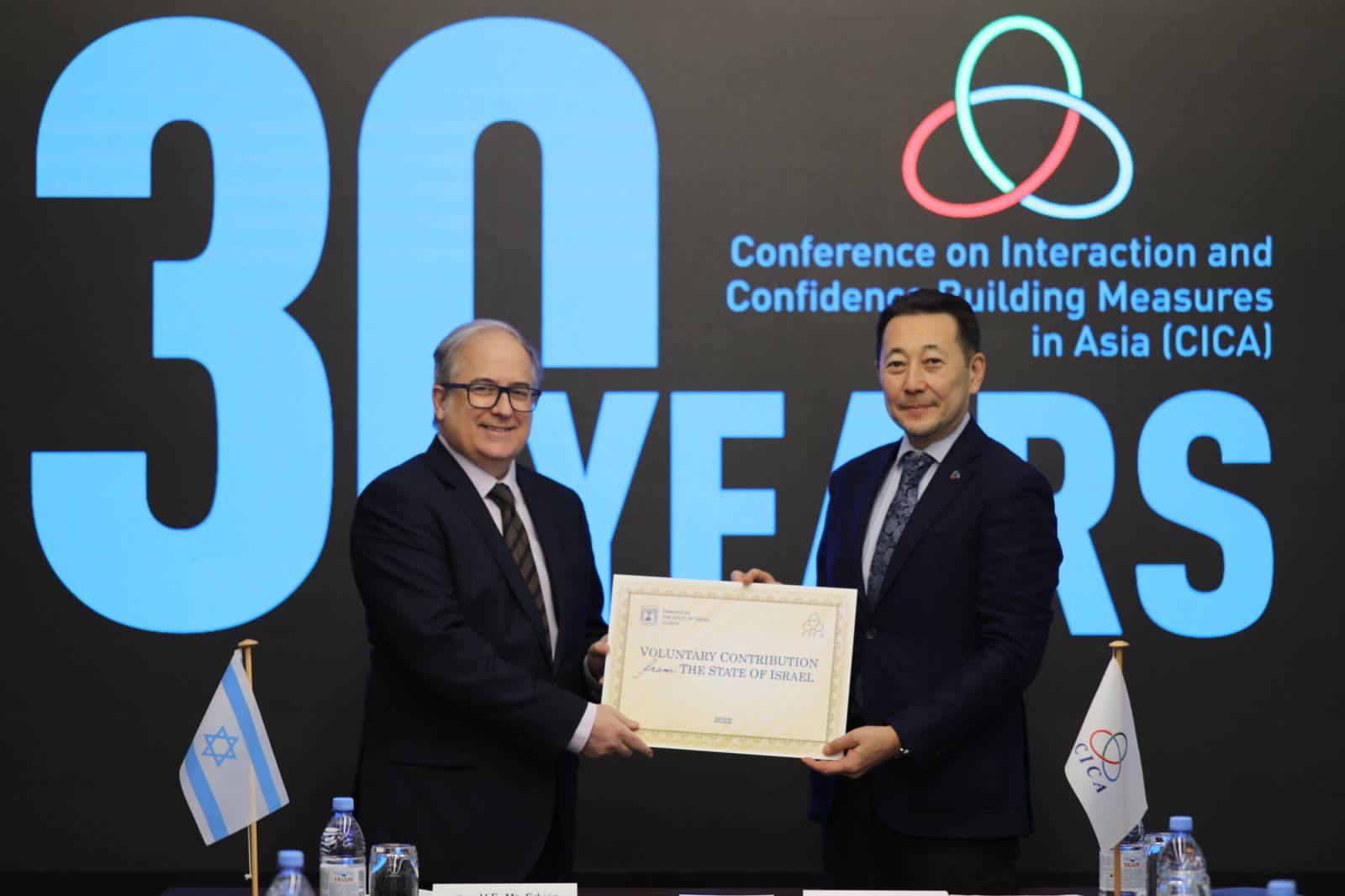 A ceremony for the transfer of Israel's voluntary contribution to the Conference on Interaction and Confidence Building Measures in Asia (CICA) was held at the headquarters of the CICA Secretariat on 9 December 2022.

Ambassador Extraordinary and Plenipotentiary of the State of Israel to the Republic of Kazakhstan Edwin Nathan Yabo Glusman presented a symbolic cheque to Secretary General of CICA Kairat Sarybay.

It should be noted that on the same day exactly one year ago, a similar ceremony was held at the CICA headquarters, where Israel also made its voluntary contribution to CICA. Therefore, this procedure has already become a tradition.

Speaking at the ceremony, CICA Secretary General Kairat Sarybay expressed deep appreciation to the Government of Israel for a voluntary contribution to the Secretariat’s budget. He noted that Israel's contribution, as well as that of other CICA Member States demonstrated the relevance and prospects of the Organization's activities in addressing urgent problems and overcoming challenges in Asia. The Secretary General emphasized that CICA had a great deal of work to do in 2023 to implement the decision of the Heads of its Member States to transform the forum into a full-fledged international organization.

Each year, a number of Member States make voluntary contributions, thereby enabling the Secretariat to enhance the effectiveness of the multilateral forum for cooperation and confidence building in Asia.

At the end of the event, the CICA Secretary General presented the CICA 30th Anniversary Medal to the Ambassador of Israel so it could be further delivered to the Israel’s Agency for International Development Cooperation (MASHAV) for its valuable contribution to the strengthening and development of the CICA process.