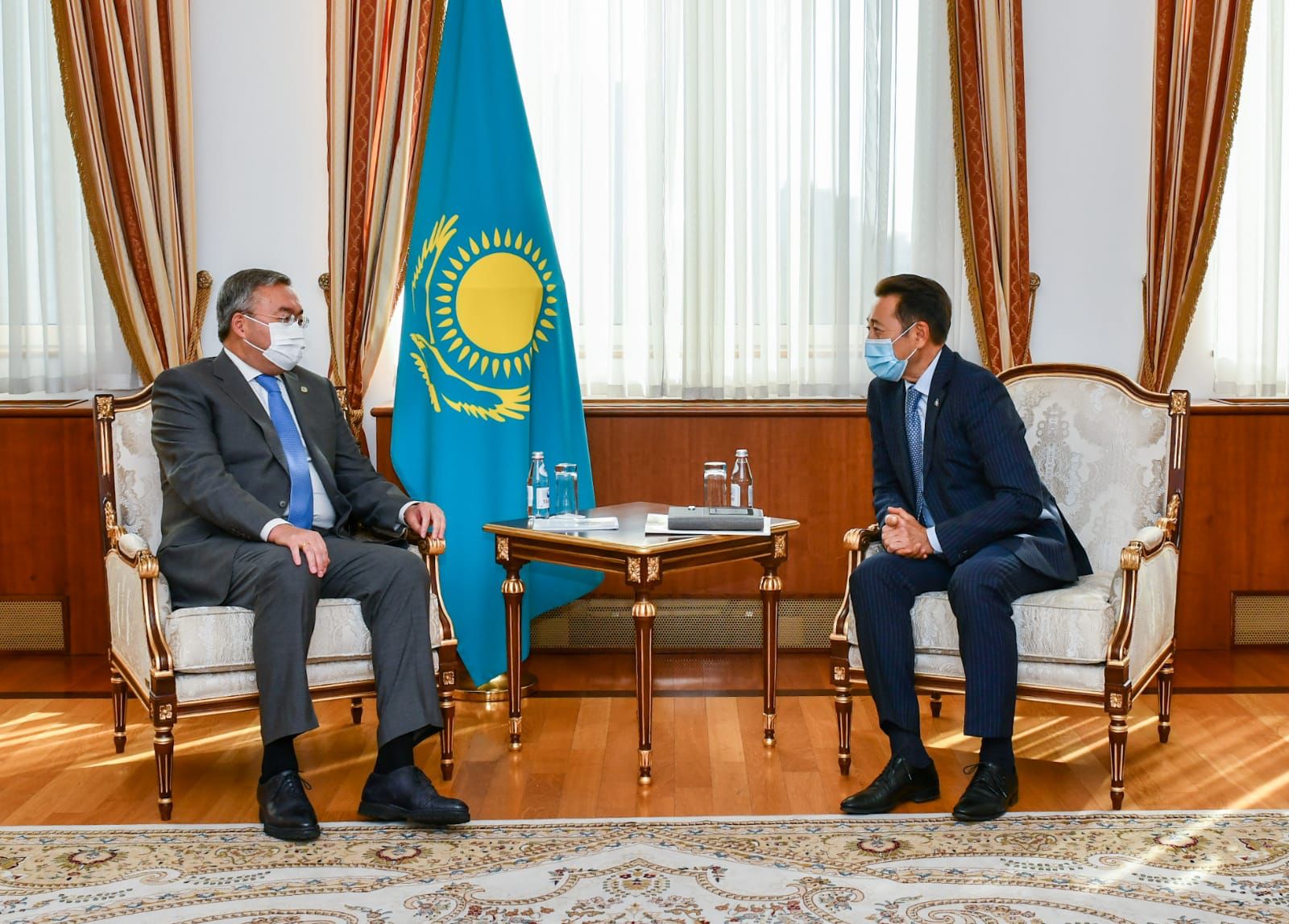 Ongoing preparations to the Sixth Meeting of CICA Ministers of Foreign Affairs, to be held in Nur-Sultan on 11-12 October 2021, were discussed by H.E. Mukhtar Tileuberdi, Deputy Prime Minister - Minister of Foreign Affairs of Kazakhstan, the CICA Chairmanship and CICA Executive Director Ambassador Kairat Sarybay on 31 August 2021.

The Executive Director briefed Mr. Tileuberdi on Secretariat support to the Chairmanship in preparation of important documents for adoption by the CICA Ministerial Meeting and their current status, as well as other major areas of Secretariat work.

Ambassador Sarybay reported that the draft Regulations of the CICA Council of Eminent Persons, which had successfully passed approval by the CICA Senior Officials Committee in June 2021, was ready for adoption by the Foreign Ministers. He also noted significant progress achieved by the Member States in their work on updating the Catalogue of CICA Confidence Building Measures – a core document guiding CICA activities in all its five dimensions of interaction, and on further institutionalizing the CICA Think Tank Forum - one of the signature fora within CICA. Another initiative, which has passed preliminary discussion by all Member States and will be submitted for Ministerial approval is the proposal to amend certain provisions of the CICA Rules of Procedure related to CICA observers.

Minister Tileuberdi and Ambassador Sarybay discussed Chairmanship approaches to the transformation of CICA into a full-fledged international organization for regional security - one of the main priorities of the Chairmanship of Kazakhstan in CICA. In that context, Mr. Tileuberdi supported key messages behind the transformation process, such as maturity of CICA and its relevance for Member States, need for CICA adaptation to new realities and strengthening its international personality, and making best use of its competitive advantages, such as geographic scope and comprehensive approach.

The CICA Executive Director updated Mr. Tileuberdi on other major areas of current Secretariat activities, its contribution to organizational aspects of the Ministerial Meeting, plans for inauguration of the new CICA headquarters, staffing and financial situation, and other issues. Deputy Prime Minister - Minister of Foreign Affairs of Kazakhstan Mr. Tileuberdi provided important guidance and expressed full support and high appreciation for the Secretariat work in support of the Chairmanship.