Executive Director of the CICA Mr. Habibullo Mirzozoda participated in the CICA Financial Summit, which was held on December 7-8, 2018 in Chengdu, China. 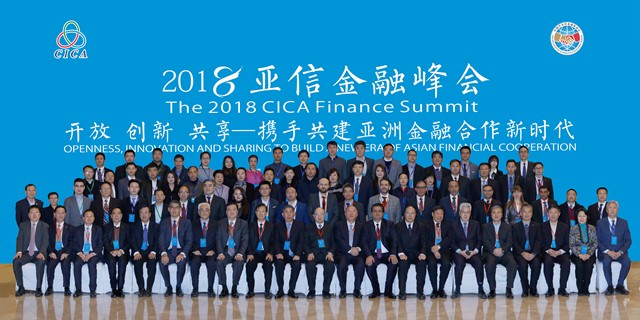 Executive  Director of the CICA Mr. Habibullo Mirzozoda participated in the CICA Financial Summit, which was held on December 7-8, 2018 in Chengdu, China. The forum was organized by the Ministry of Foreign Affairs of the People's Republic of China, Chinese Association for Promotion of FinancingDevelopment and the Chengdu City Municipality. The forum was attended by representatives of the CICA member states, government agencies of the PRC, researchers of China and others.

In his speech H.Mirzozoda, noting the exceptional importance of this event in the context of building confidence in building fair trade and economic relations, informed the audience about the general approaches of the CICA to develop the diversified cooperation between CICA Member States in the economic sphere and particularly in the financial field. It was brought into the focus that CICA has always stood for honesty and transparency in global trade, for the removal of unreasonable trade restrictions and barriers, including the finance area. CICA Executive Director underlined the important coordinating role of the People’s Republic of China in the development of the financial dimension of the CICA, which fully corresponds to the practical implementation of the Chinese initiative “One Belt, One Road”.