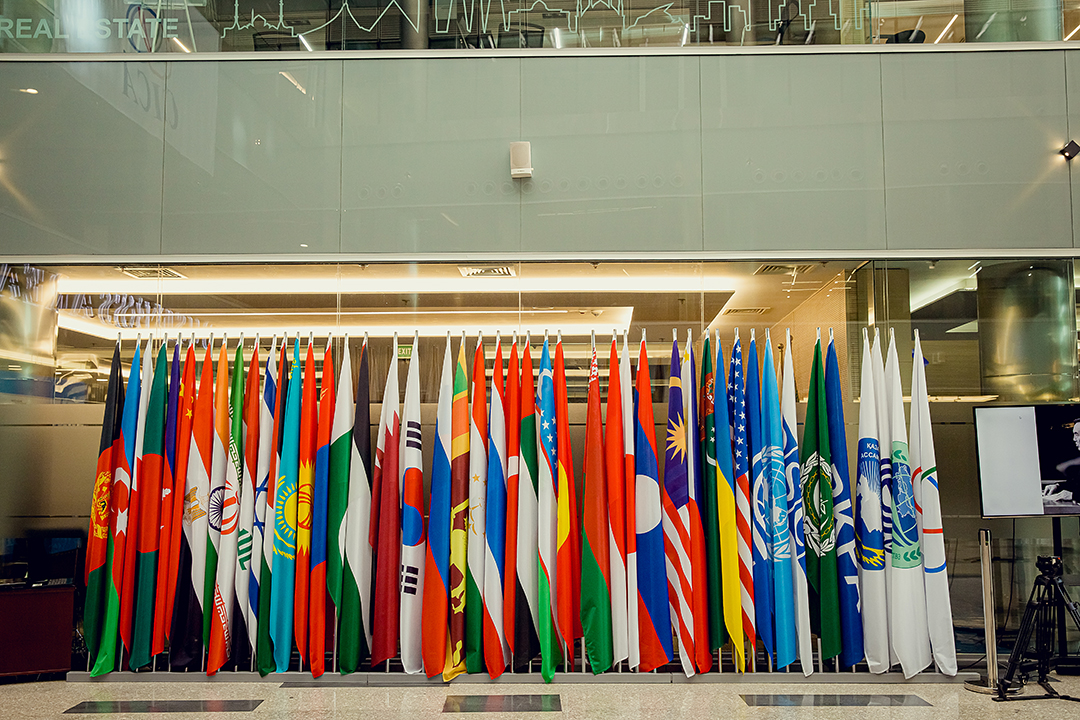 Excellencies, Distinguished Ministers and Heads of Delegation, Ladies and gentlemen!

First of all, I would like to warmly welcome all the participants to the 6th Ministerial Meeting of the Conference on Interaction and Confidence-Building Measures in Asia.

Today’s meeting is being held in a hybrid format. It is most welcome that despite the current epidemiological situation in the world, most heads of the delegations are able to participate in person. This demonstrates that the world is gradually recovering from the pandemic, giving hope that we will soon return to a full-fledged dialogue in an offline format. After all, face-to-face contacts remain the most effective way to develop international relations and strengthen dialogue.

As you are aware, the initiative to convene CICA belongs to the First President of Kazakhstan, Nursultan Nazarbayev, who proposed it at the 47th session of the UN General Assembly in 1992.

Today, after almost three decades, CICA is an effective forum for multilateral diplomacy, uniting 27 Member States that occupy over 90% of the territory of the Asian continent, where more than half of the world's population lives.

Over the past years, tremendous work has been done and substantial results have been achieved. Let me thank all Member States for supporting Kazakhstan's initiative and for active participation in the development of the CICA process.

Currently, Asia is the epicenter of global international relations both in terms of its economic potential and the degree of influence on world politics.

At the same time, the countries of the region unfortunately face serious threats in long-standing areas, as well as new types of challenges. These include the growing problems of ensuring epidemiological, medical and food security, preventing further environmental degradation, as well as jointly overcoming the consequences of natural and man-made disasters.

In this regard, I would like to note the initiative of the President of Kazakhstan, Kassym-Jomart Tokayev, to establish the International Agency for Biological Safety, proposed at the 75th session of the UN General Assembly in September 2020.

We hope that the CICA states will support this initiative and assist in its promotion on international platforms.

The COVID-19 pandemic has clearly demonstrated that the danger of mass infection and the destructive power of bacteriological weapons is widely underestimated.

In this regard, we need to expand global access to vaccines. Kazakhstan has successfully developed its own vaccine "Qazvac". Its effectiveness and compliance with high standards have been confirmed by the professional medical community. Two more vaccines are under development. We are ready to assist CICA Member States that are experiencing difficulties in purchasing vaccines.

Another essential issue of significant concern is the situation in Afghanistan. The world community must help this long-suffering country at this critical time.

The Afghan crisis has demonstrated the importance of strengthening confidence-building measures and the foundations of collective responsibility between Asian countries.

It is clear that achieving genuine progress in addressing global and regional security challenges without confidence-building and cooperation is an elusive task.

In this vein, in accordance with the priorities of Kazakhstan's chairmanship of the CICA, we intend to make every effort to further strengthen security, peace, economic, social and cultural development in the CICA space.

Let me brief you on outcomes of our presidency in the first year of our tenure.

First. The following documents have been prepared in order to contribute to advancing CICA process:

During the meeting with you this morning, President Tokayev proposed the candidacy of the founder of the CICA, Mr. Nursultan Nazarbayev, for the post of the Head of the Council of Eminent Persons. I hope you will approve this highly relevant nomination.

The updated Catalogue expanded the dimensions for implementation of the CBMs and now the Catalogue envisages interaction in the areas of epidemiological security, security in the use of information and communication technologies and in the field of sustainable development. While some new areas of interaction have appeared, some CBMs have been identified into separate areas to give them more impetus.

Another big achievement is introduction of the hot concept of connectivity in the Economic dimension. We also included the gender issues within the CICA Human dimension agenda.

While we thank Uzbekistan, Jordan, India, China for additional efforts in coordination of confidence building measures, we also urge all other CICA Member States consider coordination of newly adopted CBMs.

Second. Throughout the 2021 the Member States were actively involved into practical implementation of CICA CBMs.

Despite the tough realities of the pandemic, more than 40 events out of 54 outlined in the Plan for 2021 have already been implemented at the CICA platform. I would like to especially note the added value of the events held this year by China, Kazakhstan, Turkey, India, Iran, Thailand, Korea, Azerbaijan, Tajikistan, Bangladesh, Uzbekistan, Sri Lanka.

These included experts meeting, training and seminars along all five dimensions with a wide spectrum of issues like SMEs, youth issues, digital issues, big data, law enforcement interaction, alternative energy sources and many others.

•    the CICA Youth Forum, which gathered representatives from all 27 CICA member states, produced recommendations addressed to youth communities and associations for deepening cooperation in the CICA space.

In general, the CICA platform for the first year of Kazakhstan's chairmanship, hosted 20 events in the Economic dimension, 11 in the field of New challenges and threats, 5 in the field of Ecology, 3 in the Human dimension and 1 in the Military-Political dimension. 10 SWG meetings and 3 meetings of the Senior Officials Committee have already been held.

Third. I would like to highlight a remarkable increase in the visibility of CICA. The Secretariat is conducting an active information campaign by launching a new website, actively engaging on social media platforms, regularly releasing news in the leading media outlets of the CICA Member States. In addition, the CICA flag was sent into the Earth’s orbit and the CICA Alley appeared in Kazakhstan’s capital, Nur-Sultan. The increased international recognition of the CICA is manifested in the invitations to major international events. In particular, the participation of the CICA in the opening of the UN General Assembly, the OSCE Asian Conference, the Antalya Diplomatic Forum, the International Conference "Central and South Asia: Regional Connectivity" held by Uzbekistan, in the inaugurations of the heads of the CICA Member States was of great practical importance.

Fourth. I am very pleased to note that in the first year of the Kazakh Chairmanship, the family of observers was replenished with a new member - the application of Turkmenistan was unanimously approved by all 27 CICA member states.

Fifth. We have enjoyed considerable financial support from Member States. I thank the governments of the People's Republic of China, Turkey, Thailand, Korea, Tajikistan for voluntary financial contributions to the CICA budget made this year.

The Government of Kazakhstan pays special attention strengthening the capacity of the CICA Secretariat as the host country of the headquarters and in its capacity as CICA Chairmanship. The inauguration of our new office is further evidence of this.

The Chairmanship is committed to strengthening the potential of international CICA Secretariat under a very able leadership of the Executive Director, Ambassador Kairat Sarybay.

We also extend our deep appreciation to the governments of the People's Republic of China, the Russian Federation and India, for secondment of diplomats to the CICA Secretariat.

Today, CICA has reached a level where the need to transform the dialogue platform into a full-fledged international organization is becoming increasingly tangible.

For almost 30 years, the forum has already acquired all the necessary attributes of a full-fledged international organization.

The transformation of the Forum will allow Member States to promote effective approaches for the implementation of confidence-building measures in Asia; will significantly expand the opportunities and tools for solving common challenges; will give a significant political impetus to our dialogue; will allow Member States to build constructive interaction and ensure coordinated approaches in the main areas of cooperation.

In this regard, in order to further promote the CICA transformation, Kazakhstan is nominating its candidacy for the post of CICA Chair in 2022-2024. I hope that the Member States will support the extension of the Kazakh Chairmanship for the next term.

The current challenges of regional security, which are rapidly adapting to modern conditions and technologies, require a multilateral approach to their solution and close coordination among the CICA countries. In this context, the Kazakh chairmanship will continue to work purposefully to further strengthen the CICA's potential, its transformation into an effective platform for interconnected cooperation and dialogue in order to jointly overcome new challenges and threats in Asia.

Finally, I would like to note that Kazakhstan, as the CICA Chair, is open to dialogue on all issues related to the activities of the Forum, as well as to discussing proposals and ideas of the Member States on the further development of the CICA. We believe that an effective security architecture in Asia can be created only through joint efforts.

Thank you for your attention.